Triptykon is the new amour of Tom Gabriel Fischer of Celtic Frost renown. With his former band finally dead and buried after the wonderful swansong that was “Monotheist,” Tom recruits a fresh batch of musicians—V. Santura on guitar, girl bassist Vanja Slajh, and drummer Norman Lomhard—to embark on his latest crusade. Titled “Eparistera, Daimones” and sporting a nightmarish H.R. Giger painting for a cover, the album gets off to a lazy start as the droning notes of “Goetia” prepares the listener for the oncoming storm. As the music gets in full swing the album’s raw production comes into focus. But it’s not the kind of rawness you’d expect from a sub par bedroom black metal project, for Triptykon keep the mix clear yet unpolished. It helps lend a few chilling degrees of frost (Celtic Frost pun intended) to the otherwise crisp musicianship that runs through the album.

“Goetia” boils for several agonizing minutes before the twin onslaught “Abyss Within my Soul” and “In Shrouds Decayed” fouls the air, laden as they are with churning riffs from Santura, trembling bass lines, and drum beats that could wake the dead. Don’t forget Tom G. Warriors wrathful growl. The man probably has icicles in his throat. His voice so cold, so furious, microphones die by the dozens when he’s laying down vocals in the studio. Further darkness envelops the interlude “Shrine” where the woeful moans, equal parts sexual and grief stricken, produce an atmosphere almost unbearable, you’re soon begging for it to end. Thankfully it does and Triptykon turn a new leaf for the crackling speed metal that jump starts “A Thousand Lies” where the once somber music gets replaced by tempos bound to ignite a few vigorous circle pits. Tom and his backing band are soon back to their old wiles for “Descendant” and are soon doing the likes of Candlemass one better on the repetitive “Myopic Empire” where all of a sudden, a flurry of energetic piano notes erupt to enliven the song’s dizzying pace.

Staid its title may be, but “My Pain” is sweet relief after close to 40 minutes of musical torture. “My pain” is just a piano, a chick crooning these gentle verses, and a tempo you could put a baby to sleep with. It’s a perfect overture to the epic closer “The Prolonging.” When the curtains fall on this humongous number, Triptykon have just ended one of the most terrifying spectacles of 2010. Impressive.

KILLING ADDICTION ''Fall of the Archetypes'' 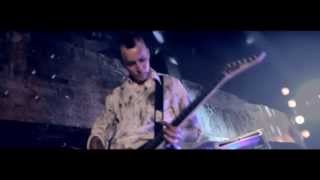