A new Turkish Black/Thrash Metal band ‘The Upheaval’ released their first demo in free download (Click here to download).
Now they are starting promotion for their first ever demo on internet. Also the band finished their first debut album is called ‘Failure of Humanity’ which is including 8 tracks of thrashing black metal with influences of extreme metal touches. 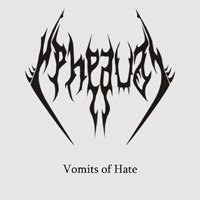 They are looking for a extreme metal label for releasing their debut album.
Contact: [email protected]
Tracklist:
01. Falsehood Castle
02. Rebirth As a Sinner
03. Vomits of Hate
04. Obey the Beast
www.soundcloud.com/theupheaval