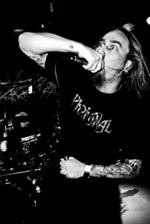 The Sickening has began as Markspist and Beist’s side Project in 2003, there is a demo in 2007, what are the factors which make the project a full time one through the 4 years?
Stjernestøv: The different factors are the mainly the interest in deathmetal rather than any other genre, combined with the drive of the members to keep looking for gigs and new adventures. The Sickening is all about having fun while playing the music seriously, and this is an important ingredient in making the Sickening a full time band.

Was "Soiled Rotten" a promo to send labels or distros? How were the reactions?
Soiled Rotten was ment as a proof to ourselves that we actually took what we did seriously, it was a test to see how we sounded on tape, and it was a demo to send to different labels to see if we could spark any interest in the Sickening
The reactions were ok, not overwhelming, but ok:) 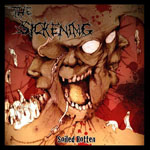 "Soiled Rotten" ‘s cover art is magnificent, also the cover art of "Death Devastation Decay" is beautiful, who is the artist of those? I guess the designer of your myspace page is the same artist…
The artwork on Soiled Rotten was done by a good friend of us who is an artist, Anders "sheriff"… and the artwork for Death Devastation Decay and also the myspace is done by PHLEGETON an artist working out of Spain. 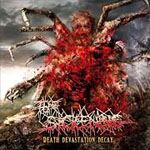 "Death Devastation Decay" is released from Xtreem Music which had high credits in our review, how are the reactions you take for the album?
Death Devastation Decay has recieved really good words from all over the world. People seem to enjoy the way we define our deathmetal, and this is something we like.

Although you are an European band, your sound is similar to the American death metal bands, why is that? What are your favorite American bands?
The sound is the result of all the different bands we listen to and all the different influences we have. Beist is all about the blastbeats and the speed of the drummer. Markspist dellivers the guitar in a way that the influences should be possible to spot but still the sound is his own. Myself I am a huge grindcore fan and so the vocals will hopefully contain some elements of this as well.

You covered "Hammer Smashed Face" from Cannibal Corpse in your album, are there any special reason for choosing that song?
One of the best songs from one of the greatest bands of the genre… no real contest there. 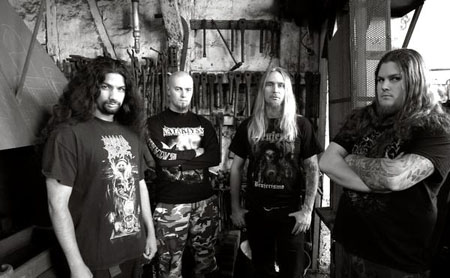 When you say Norway black metal comes to mind, but I know there are a lot of qualified death metal bands, how do you see Norwegian scene and death metal in it? 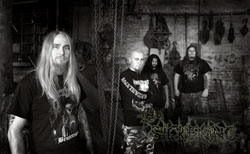 Markspist and Beist are still playing for Slagmark, but since 2005 there is no action, what is the band’s position?
Slagmark is a chapter that has been closed indefinately. We will never say never, bt as for now, Slagmark is on permanent hold.

Why Beist leave Blood Red Throne? How is your relations with them?
He left BRT for personal reasons at the time. Now we are good friends with BRT and we just played some shows with them in December, and we will definately share stage again. I must also say that they do know how to swing the beerarm, and we like that! 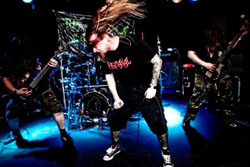 Do you have any plans for the upcoming concerts or any special shows you made earlier?
We are working with a small tour this summer. We are booked for Death Feast Open Air in Hünxe, Germany, and also a pre Death Feast warmup in the North of Germany.
We are also in talks with some more festivals and booking agencies, but no real fixed ates yet. We have also put together a set of coversongs by bands that has shaped us in the past and the present and sometimes we will change into the Covering and give the fans a bit of history from the stage.

When will you start writing new material for upcoming album, what is future plans?
New material is already in the making. As of right now we have 5 songs ready and more are in the making. The future holds good things for The Sickening… just tag along and you will all be a part of it!

That’s all for now, do you want to say something to the death metal listeners in Turkey? Your last words..
Thanks for taking the time to get to know us…. If anyone wants to talk with us… just write us… we always answer!
Keep metal flowing and try to behave people!!