“Unseen”, the seventh studio album from Swedish band THE HAUNTED, will be released on March 22 (one day earlier internationally) via Century Media Records. Album was recorded with longtime producer Tue Madsen (MOONSPELL, DARK TRANQUILLITY, GOREFEST, SICK OF IT ALL) at his Antfarm Studio in Århus, Denmark. 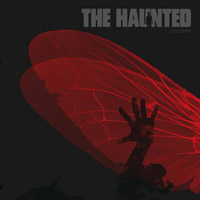 OLD WAINDS ''Where the Snows Are Never Gone''