Here is a short interview of The Faceless that I made after show, enjoy it… 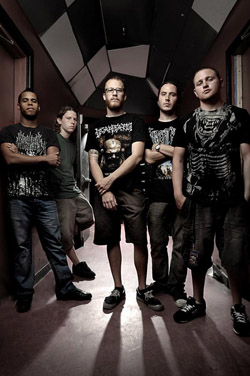 You’re all very skillful musicians, especially considering your young age. Are you self-taught or have you had teachers?
Michael Keene (guitar): Brandon (bass player Brandon Giffin) and Steve (guitarist Steve Jones) went to music school. My dad is a guitarist so I kind of born into it, I guess. I had a guitar teacher for a short period of time but it’s mostly my dad who showed me stuff. He plays jazz fusion and mostly does his own music nowadays.

As for your music, I think you learned a lot from technical / progressive bands, from Cynic to Suffocation…
Yeah, absolutely, we love both of these bands. Cynic is still one of my favorite bands and so is Suffocation. We also really like Spawn Of Possession, Extol… I’m a huge Ron Jarzombek fan, I like pretty much all the things he’s involved in: Blotted Science, Spastic Ink… But everything he’s done is really awesome. We even toured with Cynic so we’ve seen them quite a few times and we’ve got to know them. They’re really great guys.

So one of your biggest dreams has already come true…
Oh yeah, absolutely. We toured with Meshuggah and Cynic on the same tour and it was amazing.

Even the artwork of the “Planetary Dualty” album reminds me of the Cynic covers. Who made it?
Pär Olofsson from Sweden. He’s done a lot of amazing album covers for many great bands: Psycroptic, Spawn Of Possession. I contacted him and worked with him pretty closely on the idea. He did a really great job. 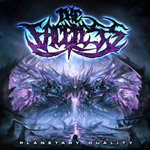 “Planetary Dualty” came out on Lifeforce Records. How did you manage to sign to them? Did you have any offers from other labels, too?
Actually, we’re on different labels around the world. Lifeforce is our label in Europe. We signed to a label called Sumerian in the US and to a label called Stomp in Australia… Basically, we licensed our record out all over the world to different labels.

How do you view the current status and popularity of The Faceless?
Obviously, it’s a lot easier for us to go around and play shows in the US since we live there. We’ve built ourselves up to a pretty high point in the US really quickly while in Europe, the touring opportunities have been a little bit trickier making it worth financially. We’ve got to a point in the US where we can expect to be able to do a certain amount of things when we go out on tour. Coming to Europe, however, is difficult how to take a step backwards a little bit and start over. But it’s awesome how well we’ve been received, everything’s really cool… I think the fans transcend all the cultural differences. Everybody’s here for the music, whether we are in the US or in Europe. Music is a universal thing. 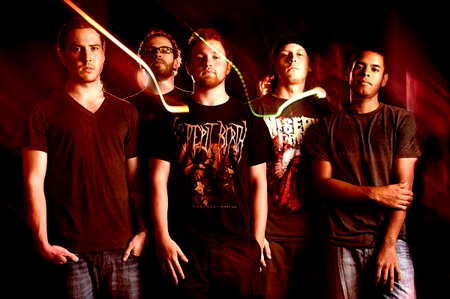 What is the meaning of the band name?
Well, I think it has two meanings. If you take it in the literal sense it’s kind of a brutal concept. But you can also take it in the figurative sense which is a more thought provoking, cerebral concept. And I think it suits what our band is: we’re definitely a death metal band but we have a more progressive, thought provoking side, too. Our new album is a concept album. It’s a fictional story about aliens and interdimensional reality. But the underlying idea behind the album is being open minded and trying to be aware of the idea that maybe everything you know is not the way you think it is. Everything is just a perspective and there are no definitive answers to anything… I’m reading a great book right now, it’s called “The Singularity Is Near”. And when I was writing the lyrics for “Planetary Dualty”, I was reading a book called “Children of the Matrix” by David Icke. It’s a little bit far-fetched but I really like that it opens your mind to the idea that everything that you accept on a daily basis as being true may not be true. It’s a great book even if you don’t agree with all the things it says. It’s definitely worth reading just for perspective.