O’Rev: Hello Thomas Hornstein, and thank you for agreeing to answer my questions.
Before starting I would like to tell you that your project had a great response in just 2 months or less. Many appreciated “From Yav To Nav” and the s/t, released at the same time.
Thomas: Hello O’Rev! It is me who thanks you for this interview and also for your interest in my music; it’s very motivating, and very touching. 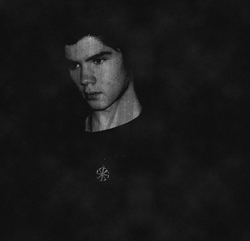 Personally, I am so into Pagan Metal, yet I did not know Sviatibor, perhaps because you started recently, in 2013 … Now it is as if I’ve known the project for centuries, I listened and listened to the last releases … I noticed -during my investigation- that you are not only French, you have Germanic and eastern European origins, do you think it has a relationship with the music you make? or Paganism?
I am glad that you liked my work that much, really. To answer your question, I think yes. There are things –hard to explain- in arts that awaken the ancient warriors within us; art is used to express them in our way. In fact it happened to me when I saw how some pagan bands honored their European heritage. (I have been influenced by the work of Arkona about the Slavic heritage, and Burzum regarding the Norse heritage. Those were the two biggest influences that led to Sviatibor.)

How is Pagan Metal in France today? Can we say that it’s still not a well explored genre? Still underground?
Pagan Metal is not very developed in France, nor is Metal by the way (even if we have some important events such as Hellfest and other metal festivals). First, because – as I said – Metal has a bad image amongst French society. A great part of the population is still closed minded and thinks that Metal isn’t music but screams… that metalheads are alcoholic idiots. Second, because paganism is something absolutely rejected by the French society, most people do not even know the existence of such a religion (and it’s the original religion of Europe) or have a false image about it. For example the word “pagan” in the French dictionary is defined as “atheist” or “unbeliever”. That’s why the image of metal and Paganism in France is something for which I fight through my art and music, and I am certain that the situation will improve in the next few years, because the others (emissions , radios , festivals, bands) are currently fighting for this.

Yeah hopefully…
Each musical project has a purpose, some want fame, others have a stronger message to transmit, what is the message Sviatibor has?
You’re right; in fact I do not seek fame. I try to have an impact on the opinion of people, concerning paganism and nature. My music is focused on the idea that nature (which can be considered as a God) is greater than us, and is the most beautiful thing in our world. I fight to make people realize the importance of pagan values in this society, because I am convinced that paganism is the only way that can make men respect Nature, it is what can control and limit the human crimes against Mother Nature. I hope I can influence people, just as I have been influenced by Arkona. This fight is by the way pacifist, and shows no hatred as did the Christians to pagans when they wanted to spread Christianity.
My music also aims to introduce the Slavic mythology to people, to describe my feelings for it and for nature, it’s in a word: a meditation through my music. 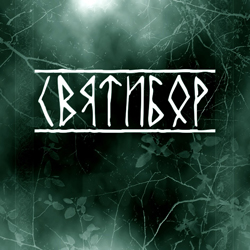 You are young and professional, you released two albums in 2014, was that easy? How the recording work was, etc … since everyone knows the problems young Metalheads face when releasing an album.
I must admit that it was not easy, I had to learn a lot in a short time: how to record, make a good audio production, promote my own project, where and how do I release … Some things are still impossible (e.g. physical albums, t –shirts…) because I don’t have enough money. I had to make all this with what I had, but I am satisfied. I had the chance to be helped by my twin brother who suggested to me the right materials for music production, also, my father who’s a great visual artist, realized a wonderful artwork for “From Yav To Nav” (and also made the artwork of the upcoming album “l’Oeuvre De Rod”). In spite of the difficulties I encountered, Sviatibor has always been a great pleasure.

What are your metal and non-metal musical influences?
The bands that influenced me the most are those with the deepest concept. My favorite artists are Gojira, Arkona, Burzum, Ensiferum, Behemoth (the early releases) and Wintersun. Apart from metal, I am of course a big fan of Pagan folk music (I’m sure you expected it), classical music (mainly Mozart), Soundtrack/Score music (I’m a huge fan of Hans Zimmer’s “Gladiator OST” and John William’s “Star Wars OST”).
I also like Ambient and spiritual music (you can listen to some tracks I composed on Bandcamp, such as the albums “Ununderstandable Visions” and “Humanoïmosia”).

… You just talked about Mozart and Hans Zimmer, two artists I so like, great!…
Now let’s talk about your work!
“l’Arbre du Monde”, my favorite track so far, very powerful, with beautiful and deep lyrics, tell me a little bit about this song and your inspiration.
It is a pleasure to know that it is your favorite song!
I wanted through this song (which belongs to the s/t “Sviatibor” and will be in the next album) to describe how music can come from contemplation of trees; powerful and beautiful bodies… L’arbre du monde, or Mirovoie Derevo is one of these biggest known trees (same thing as Yggdrasil in the Norse mythology), it’s the Tree Of Life in the Slavic Mythology. I wanted, on a musical level, to make people feel the immensity of this omniscient tree, its spiritual and symbolic power that reminds me that we are from Nature, and nature shelters us. 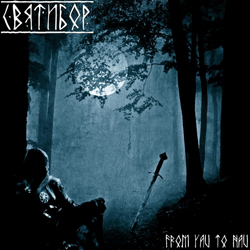 Politically speaking, France finally joined the other countries that want to keep the flame of what I like to call “Europa” burning, by returning to the actual Genesis: Paganism. Do you think that these events inspire the metal scene today? That music helps to convey this message and protect Europe from the political and religious wave that’s erasing its image little by little?
I think it is precisely the pagan scene (not only Metal), which fights for this heritage in France, because the French society does not, even with Secularism it remains a very Christian state! However, yes, I am convinced that art helps to convey the message of preserving heritage, I myself have experienced this! I never stopped calling people to remember his legacy through my music. And I know that one day paganism rises from the ashes of a forgotten memory.

What are your future projects? To continue the project alone, to work with other people on the same wavelength…?
I’ve thought about it all. And I do not really know what the future is for Sviatibor, yet . A part of me wants to turn it into a band, since I want to experience my songs on stage. It is difficult to be known, when you have a solo project. Concerts are now the best way to spread music and earn some money. Another part of me wants to keep Sviatibor as a solo project because I like to be free and able to compose the way I want, at home, in my own space. So if Sviatibor becomes one day a band, I must find people who believe in the same things as me… In any case, this is something that I must think about!

I understand you perfectly, that’s why I said “on the same wavelength”
Very pleased to have had the opportunity of asking you these important questions, for me and for the community of those who appreciate your work…
I leave you the last word!
Thank you very much for all the questions and relevant comments during this interview, it is actually very important to me, because without these kinds of actions, motivation would disappear! If you want to ask me any other question, do not hesitate to contact me via email or my official Facebook page! I will answer with pleasure.
A big “Thank you” to all those who are listening to my music, or reading this interview, and patience, the second album is coming soon! Slava!

NORTHERN PLAGUE: Trailer for the "We Are The Plague" tour online