There is a little chat with Adrie Kloosterwaard vocals in Supreme Pain….

How do you like being on Massacre Records versus Comatose Records?
Adrie : Of course, we are happy with this, a big step forward for the band. Really important too say is that I am really thankful for everything Comatose records did for us .. so not one bad word about them. 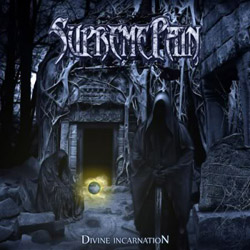 Since part of your members are from Sinister, what do you think when people make the comparison between Supreme Pain and Sinister? How would you explain the difference between the two?
When you really know both bands good you know that these are two different kind off bands. Sinister is a death metal band and Supreme Pain is more brutal death metal. I think people have too check it out themselves and than they know what Imean.

What was it like working with Jorg Urken?
Jorg is cool .. a really nice guy and a great man behind the desk. He also help you a lot too make everything as good as possible and try too give your best.

Supreme Pain’s drummer Paul Beltman is an excellent drummer, what would be his fantasy drum set?
My God, I have no idea at all .. this you have too ask him. Some bad news but Paul had too leave the band because of a arm problem, that not will get better if he keeps on going with drumming. In the mean time we have a great new drummer his name is Eric de Windt.

What inspires such masterpieces as; "Treasonous Disease", "Spiritual Sickness", & "Damned Creation"?
We try too make good songs that is our goal. We like too make music that stays in your head after the song is finished .. not try too be the most brutal !!!

Bad ass cover art for "Divine Incarnation" who was the artist?
Cover is made by Ardwars-mediadesign .. he is from Germany !!!

If you had to pick three songs off "Divine Incarnation" to give air play to on radio which ones would you choose?
Damned Creation,The Fallen Kingdom, and Spiritual Sickness … shit I have more songs that i like hahaha !!!

Does Supreme Pain play a lot of Open Air Festivals? Which do you prefer a kool club with great sound and say 200 hundred fans or an Open Air Festivals, where you have no monitors but say 2000 thousand attendants?
Till now we did only a couple off shows we never played on a open air festival .. we really like too but never we received a offer for this aaarrrggghhhh–I hate it !!!

So, do you guys have day jobs? what are they?
Yes, we all are working when we have too. To live from death metal you will be dead in one month, haha. !!! 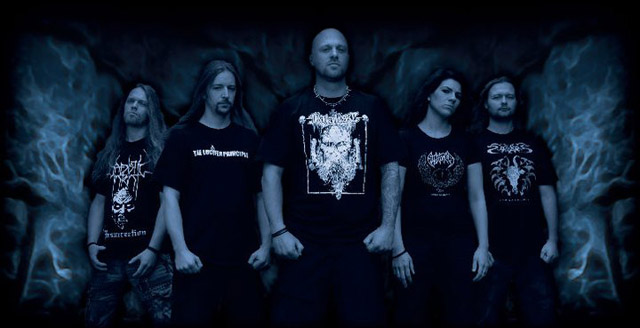 What were some of the first metal bands you listened to?
I think that was Death, Possessed, Autopsy .. I still love these bands. All these bands had their own sound, now a days so many bands sound the same.

Being from the Netherlands, I bet you’ve seen some great bands-which shows that you’ve attended were your favs and why?
I have seen soooooooo many bands here in Holland, so it’s not easy too say what was the best show.

What do you do in Netherlands, besides smoke weed, drink, and listen to metal-some of your hobbies?
I have a family .. a girlfriend and together we have two children .. that is also taking a lot off time. I don’t drink and i don’t smoke weed, so than there is not much left i think hahaha.

Plans on touring? Will you maybe hit America?
No not yet .. of course that will be great but for now nothing.

Thanx for the interview
Ofcourse no problem .. I would like too thank you for this interview.