Greetings and congratulations for the first album of Sunset in the 12th house. Are you satisfied with the result?
Hello there. Yes, I’m pretty satisfied with the final result and we’re very happy to see that our debut album got so many good review. It’s the best thing could happen to us, because we had no expectation and the result turned out very positive.

How was the composing and recording process going on?
It went on very smooth. We had no stress, no dead lines and we spent as much time as we felt it was needed to have the album done in the way we wanted. We even had two drum recording sessions and multiple guitar recording sessions. We’re not completely satisfied with the results we obtained with the first recordings and by having our own recording studio we had the possibility to chose to re-record some of the stuff that did not turned out as we intended. But all in all I’m very happy that we managed to have a nice and warm sounding material and not some over-produced modern sterile sounding album. It took some time, but it was worth. 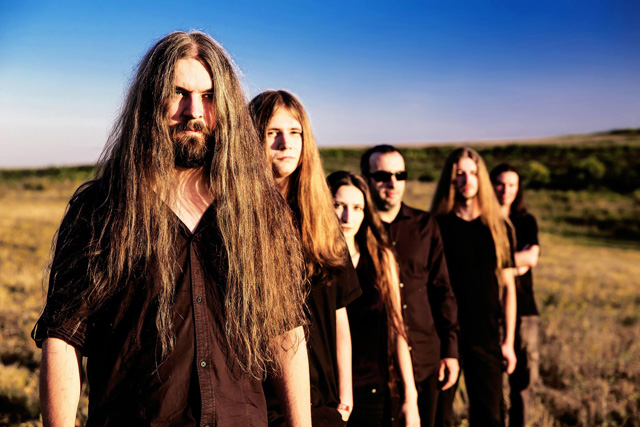 Maybe I should ask you first about the band instead of the album. Sunset in the 12th house is a project of Dordeduh members, right? How did it come to this project?
Yes, we’re 3 members from Dordeduh and Mihai, the bass player plays sometimes session for Dordeduh as well.
I had in mind to create a new band right after my first (serious) band, Makrothumia ended its existence. Back then I wanted to have a solo project and not being dependent on anyone. But this happened in 2001. Until 2009, when this idea actually started to get materialized, I was busy with Negura Bunget and I could not afford to create a completely new band.
In 2010 we started rehearsing with Sol and Sergio Ponti the first tunes I wrote and soon after I invited Mihai to join the band. In 2011 we had our first shows. Soon after we got the contract from Prophecy Productions and here’s the first album.

The 12th is usually connected with the past live. Why did you choose sunset instead of sun? Is there some kind of statement behind it?
The 12th house is the house of unconscious and subconscious contents, the house of intuition, imagination and compassion in astrology. It’s also the house of asceticism, monasteries, hermits, spiritual depth and transcendence, but can be also about imprisoning, anxiety, slavery, mental illnesses, or mental institutions. It’s a house ruled by Neptune and it’s associated with Pisces and it’s the place infinite potentialities and the collective unconscious; the womb of the archetypes; the domain were all the hidden aspects of a person, or of the universe lies, the deep secrets and everything what behind the scene.
The aspect I focused on it’s the association with Pisces. It’s known in astrology that and astrological circle repeats at aprox 26000 years and that one astrological “year” it’s aprox 2160 terrestrial years. We’re living at the moment in the ages of Pisces, but we’re pretty much at the end of it and the new influences of the Aquarius age started to be felt, especially since the end of the 60’s and beginning of the 70’s. Each of these ages have very specific particularities which shape the further development of humanity at all the levels, perceptual, cultural, social and so on. The name of the band it’s actually my way to say good bye to the old ways and welcome the new ones! 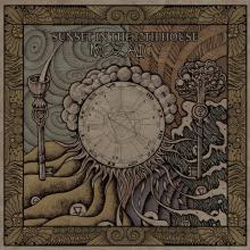 What bands, feelings, etc. inspired the music on this record?
I would lie if I would say that this or that influenced this particular album. To be honest in the period i wrote the album I had many things going on in my life and I think all these particular events that stormed my life had a certain influence, but there’s nothing I could pick out as a major influence. It’s all and nothing at the same time.

You have here on this album songs which are made in different styles. How did it come to this and how do you think that the end result was afflicted by it?
This divers result it is because we did not have in mind anything imposed prior writing the album, like this should be like that, or that should sound like this. It’s a band where everything could fit and be integrated in the music. The only filters are our personalities which shaped the entire music. It’s a music that represents each one of us in certain amounts and it is good to have it like this!

Almost all songs here on this album are instrumentals except one song. Why did the last song here got vocals to it?
We actually have some background singing on Ethereal Consonance as well, not only on Rejuvenation.  Having Rejuvenation placed at the end of the album was not necessarily something we wanted have it like that from the beginning. I think it was more because in live performances we got used to play it at the end of the show and we found that this specific order to place the songs could fit for the flow of the album.

Isn’t it harder to “explain” to the listeners the story or the guideline from an album with just music and no lyrics?
Honestly, on this album I wanted to have the audience more focused on the resonance they get from it and how their hearts and souls get touched by the music. I did not intend invite people to intellectualize the album too much. The few words i spread here and there on the name of the songs and the few lyrics we have are more like general guidelines that represent the way I resonated with the music. But honestly this is not too important for me. It’s more important that we offer something that the listener can cope with it and feel it familiar. I would be happy to hear that people would see the album as something that belongs to them.

I remember that I did an interview with you a couple of years ago for the release of the first Dordeduh album and you explained to me that the topic of the album was about astrology, Jupiter and the nr. 7 (if I remember correctly). Why are you interested in such topics?
Yes, there were a couple of astrologically related ideas.
Astrology and the esoteric perspective is the way I perceive things and the way I explain them. But it’s a thing that fits to me. The spiritual and esoteric perspective is one of the possible views a person can adopt about the way to perceive the world. It’s not the best one; it can become the best when one person grows and develops harmoniously by adopting it. If this perspective makes you better and evolved, than it is the best for you. But there’s nothing like the best way in life. It’s just about if it suits you or not. 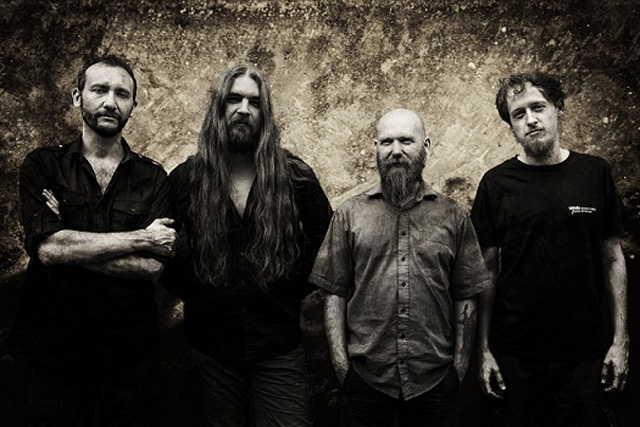 Unavoidably, have to ask you also about Dordeduh. How is ti gong on with the band? Will you release something new soon?
We’re at the moment writing slowly some new material. But I think it will take awhile until we’ll have a new Dordeduh album. In this period of my life family comes at first and music second. To work for Dordeduh requires me a lot of focus and concentration because it’s a conceptual work, where the music has to follow the concept and I can’t include any influence that comes around. It’s a serious work and these days my focus and time in this direction is very limited. But there will be a new album; I can’t say when unfortunately…

Any last words?
I would like to thank you for having me here and to thank everyone who’s interested and supporting our work. Greetings to all of you!