Hi…Greetings from Turkey…How is life over there? I hope everything is ok…
Silenius: Last year it was a big shock for me as my father died on cancer, but meanwhile i am over it and live goes on. i am of course very satisfied as the summoning cd is finally finished after over 1,5 year delay.

Firstly there is a question frequently asked…How is Summoning just now? Cause everybody is looking forward to the new album…When will it be released?
Protector: The master cd is already sent to napalm records. everything on the sound is perfect now. the booklet layout is also finished so it is already fix that the CD will be released on 31.3.2006. 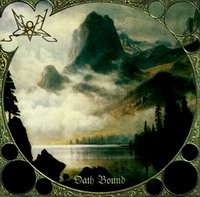 I know you are bored with this question so many times i asked to you but is there any principal differences in your newest album?
Protector: Well the question is not so boring yet as the new CD is not even released and not many people even had the chance to ask about the difference to the previous albums;-) The first noticeable difference will be a sound difference, the guitars will be much louder and more heavy this time. This is mainly cause now i have better possibilities to manipulate the guitar sound with new computer amp simulation software which is very cool. Apart from that the guitars will also play in a different style; this time less rhythmic and more in a floating arpeggio style.

What will be see in your lyrical stuff in the next material? As the same fantastic and epic themes used before?Or something different?
Silenius: no everything is the same again. we used a lot of lyrics from tolkiens silmarillion and some unknown war poetry which fits quite good to the rest of the middle earth concept and up and then we wrote some lyrics on our own especially for the choirs

When someone says about Summoning,I always imagine only 2 men taking the band one step forward…But in the past the line up is much more crowded…So will we see any other member included the band or in session stuff?
Protector: No for sure not. There is nothing we both can do together with your keyboards; and actually our 2 man line up is one of the reasons that we never had problems and still exist after all those years. Surely it is possible that we might take one day an additional singer for increasing the power of the choirs or whatever, but this would surely never be an additional member, just a guest musician maybe.

Summoning has got a great history…I am sure that you will walk in the same path and you proved this too much time..I think keeping this feeling alive is very difficult for you as a well-known band.How can you describe the newest album in Summoning’s history?
Silenius: Of course it is not that easy anymore to hold the the musical standard after having released 7 CDs by now, so we are not able to release a new CD every year without copying ourselfs so i think the most important think is to keep the typical summoning feeling alive without changing the style too much but also without copying ourselvs and hold the ballance between summoning tradition and some new inspiration up and then.

The new cd musicalwise is very near to the releases of LMHSYF and Stronghold only the guitarsound is far more black metal like as we had in our older releases like minas morgul or dol guldur. 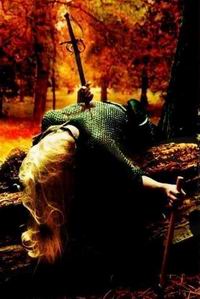 I am excited about the new album and deadly looking forward to it…Iknow you both have some side projects and jobs but I want to know why this
album delayed upto now?
Protector: Actually we had problems. The main problem was the work for “Die Verbannten Kinder Evas”. First i wanted to finish the album (which songs are already
finished since 2,5 years) and afterwards work for Summoning. I found a new female singer. But due to her psychological state she was not really able to record the songs in time, so after 18 months of waiting i gave up waiting for her, and finaly decided to release Summoning before DVKE. The result was a delay of 2 years.

About your side projects…So whats the latest news about them?As Summoning,they have good sound and succesful history….
Protector: As i said before, all new DVKE songs are already finished since a long time. Meanwhile i found a new female singer and everythign now seems to be ok. As soon as the Summoning album is finished i will start working for the next DVKE album with the name “Dusk And Void Became Alive”; this hopefully will not take to much time anymore.
Also i have already many good ideas, tunes and new sounds for the next “Ice Ages”. I dealed a lot with cool synthesizer software such as Reaktor and now am able to create very own sounds, not beeing dependant to any pre-factory sounds anymore. The result is that the mood will be even darker and the sound will be more dirty.
Silenius: Last year i finished the new “Kreuzweg Ost” album “Edelrost”. it is typical milliatary industrial but far more melodic and rythmic and less noisy and chaotic as the first one. it was released on the english label “cold spring” records with an edition of 1000 copies and we made a licence deal with ironed for the russian market with 500 copies and and exclusive song for the next cold spring label compillation called swarm which was released these days and features a melodie line that we also have used on our forthcoming summoning release. 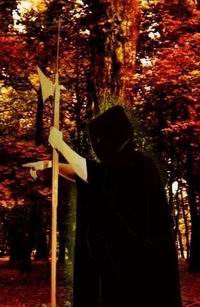 Side projects take some more time and money…How you cope with this?
Protector: Actually we don’t call our other projects as “side projects”, they are just project such as “Summoning”. Only cause Summoning is our most successfull project it does not mean that it is our main project and all others are the side ones.
Anyway we simply need our musical alternatives in order to keep our work fresh and inspired. Actually thouse other projects are the main reason that we could keep our style so long alive and did not get any stupid ideas and tried to integrate some new musical elements to the music of summoning that don’t suit to them. If we have musical desires that don*’t suit to Summoning we simply make music for one of our other projects and don’t spoil summoning to used it as container for those ideas.

About Turkey…I know you worked with a Turkish female vocalist before in the project of Die Verbannten Kinder Eva’s…So what do you know about Turkey?Is there any band or people that you are in touch?
Protector: I have many contacts from Turkey, many people from there right me, so i also know some stuff about Turkey, but i don’t know many bands.

What is your opinion about the metal music scene over the world?And ofcourse underground scene…
Protector: Actually we both don’t follow the scene anymore; we still respect it very much, but we simply have moved our musical interests to other fields. I focus more on dark electronic music for example.

New Stuffs In Our Distro