You play a mixture of Death Metal and Black Metal with plenty of melodies. How did you come up with the idea to play such a mixture of styles?
Morte: Honestly, it all just comes naturally to me; I don’t consciously think "today I will write a death metal-esque song." Rather, I imagine a scenario, character(s), a story, etc. and just write what feels appropriate for it, usually starting with guitar and just going from there. I listen to a huge variety of music, and a myriad of metal styles, so it all just ends up blending into one big, mixed wave of influence for me. 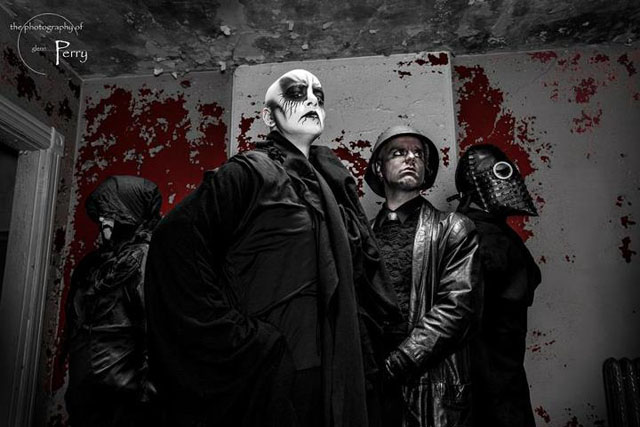 I read that you will release this year your second full-length cd „Nemesis Engine“. Can you already tell us something about the content and the music of the cd?
Morte: The theme will be very focused on undead and necromancy. It will still be very apocalyptic and focused in a single, immensely powerful main character, but it will also showcase a lot of other fun, evil monstrosities and tales that I’ve been dying to write about. With a new setting also comes a new sound for Sorrowseed: heavier, riff-intensive, and "old school metal" influenced, if you will. Simply put: expect things to get even more brutal! 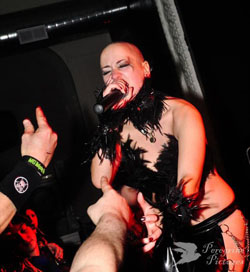 Is for „Nemesis Engine“ already a release date in sight?
Lilith and Morte: We are working diligently, and at this time the album is halfway finished. We hope to release it by late summer or early fall of this year – 2013.

You currently have no record label you are under contract. Do you have a new label in sight?
Lilith: We have not yet begun to seek a label, however, we would like to release NEMESIS ENGINE on a label… we will see what the future brings! We are very interested in being part of a European label….

You are already since 2009 together musically on the way. Has the music scene in the USA changed in the meantime? If so, how?
Lilith: It hasn’t changed much in just a few years. In our area, New England, more and more metal bands are emerging every day. This is good and bad; for some of them are very talented, but so many of them are terrible.

Do you have much contact with other bands / musicians or do you rather go your own way?
Lilith and Morte: We do have some bands we’re friends with; for example: Faces of Bayon, Matalon, VI, Abnormality, AbSynthe, Necrophiliac Meat Circus, Fever Vein, Acaro, Gravesideservice, Voices of the Dead, and others, but we always love to meet and work with similar bands, so that we can keep in touch and play more shows together in the future. We’re hoping to plan another tour for later this year and are looking for bands to go on this adventure with us. 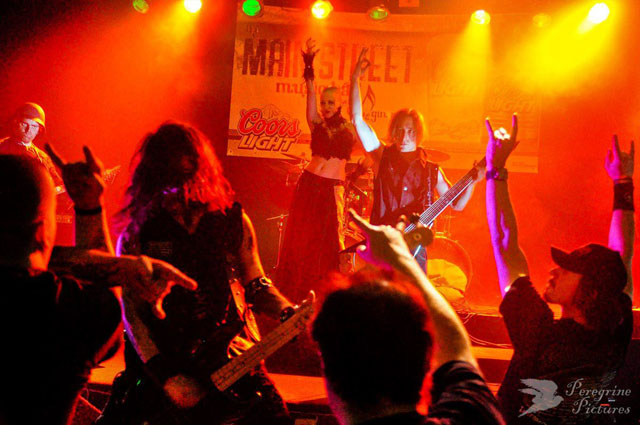 How important are your fans for you?
Lilith: Extremely! Without the fans, there would be no one to perform for. We do our best to treat our fans well and hook them up with good prices on merch, and communicate with them every day through our website and through our Facebook and Youtube pages.

Is a tour or festivals planned for 2013?
Lilith: We’re finishing up the DAMSELS OF DARKNESS Tour right now – we’ll be hitting Boston and PHILLY this weekend, and PA in May. After this, we will finish our work on NEMESIS ENGINE and hope to be offered, or plan, another tour later in the year!

Where do you see the band in five years?
Lilith: I want to see us touring Europe. I feel that in Europe our music is much more appreciated than in the states. Specifically, I know myself and Eric would love to tour in Italy – we love it there and we have Italian heritage… I think we would do very well and metalheads there would like our music. I’d also love to see us in Germany. We are very determined to play in Europe, so I think within the next 5 years it can be accomplished with the right opportunities.