You know, the great thing about metal is it can never be killed. Consider it the most virulent and insidious form of disease. Put it anywhere, ANYWHERE, and a scene will likely sprout up from that place. Whether it’s the frozen wastes of Norway (and y’all know what genre that country gave birth to) or the endless steppes of Mongolia, metal always comes alive and stays. Now how about Alaska? Yes, fuckin’-bears-and-wilderness Alaska. The band is called Shadow of the Colossus and they combine a ton of frosty Black Metal influences with their epic musical vision. What do you call their sound? Ask Hiram and Kellen. Here’s the two of them on the outdoors, frostbite, and Al Pacino. 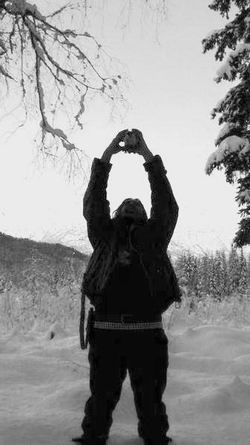 From Alaska? That’s nice. So you were all born there? Are you guys always depressed when the sun doesn’t come down for weeks on end? How do regular human beings cope? If I come down to visit and I’m not used to it, will I die from exhaustion? Like Al Pacino movie in that movie (Insomnia)?
Hiram (vocals): Yes it is, about the same as Norway, but with more bears and wild areas, but less black metal. Kellen and I were born in Northern California. Seele Mord our drummer for our “One Final Breath” LP was born here in Alaska while our current session drummer Mortaeus for the “Thousand Year War” EP lives in Ohio. There is about a month in the year from December first until January fifth that’s really dark and depressing. When you’re in that environment it’s good to have a hobby of some sort, for us its music. But a lot of people can’t handle it and get broken down emotionally, go on vacation, or shoot themselves. HAHAHAHAHAHA!!!
Well, you won’t die of exhaustion like Al Pacino in the movie “Insomnia.” But you may have a hard time getting to sleep and settling down because the sun hardly sets. There are many days during summer here where the sun stays in the sky for 23 hours.
Kellen (guitar): Nah I wasn’t born here, and yes I do get depressed sometimes. Going outside and enjoying the scenery is the only thing that keeps me from committing ritual suicide. Don’t worry you won’t die like Pacino.

You guys have a pretty awesome name. So is it Viking Metal or Black Metal?
H: Thank you! We tend to refer to it as Viking Metal as we incorporate a Viking theme and references to battles and such. But to us it’s more of a theme than an ideology.
K: Yeah, our name is pretty rad. I just hope Hiram won’t change it another 20 plus times.

And which colossus’ shadow are you referring to? Is it symbolic since your band is from far away Alaska beneath the shadow of the United States colossus? Am I thinking too much?
H: When we think of the name Shadow of the Colossus we think of a metaphor associated with the video game itself. People rising up from the shadow, which is global government, tyrants, the USA, and crushing their violent and oppresive corporate rule!
K: Yeah, that’s a pretty good analogy. But I like to think of it like we are in the shadow, and the colossus is a carbon based form of our own self-loathing.

When did the four of you get together? Is this the first and original lineup for the band?
H: Well, originally, Kellen and I lived in Northern California and were playing in The Path Of Blood with our drummer James Clem. This ended on a bad note and I ended up moving back to Alaska where I had lived before. During that time I began to create a full length (which is still not finished) by myself while Kellen expressed his interest in moving up to Alaska. So we all decided to move to Anchorage. I was living in a cabin in
Haines, Alaska at the time and after receiving a minor case of frostbite from the extreme cold and bad living conditions I thought it would be a good idea to get out of their for my safety and the future of our band.
K: That’s not the whole story. I posted an ad on Craigslist. The post was something like “Failing musician looking for more losers to fuel my childish pipe dreams.” Hiram was quick to respond, the rest is history.

“Thousand Year War” is your latest release. What’s inside it? The songs I mean. Talk about the songs so our readers will be curious. Where did you find the budget and the time to bring your EP out into the world? How about the studio it was recorded in? Did you know any people who had the right equipment?
H: “Thousand Year War” is a four-song promo EP that clocks in at about 19 minutes. The songs include “Spartacus”—this refers to the legend of the slave Spartacus who rose up to challenge the tyrannical Roman Empire—and “Thousand Year War,” which is about the oppressive organized religion (in this instance Christianity) upon our European ancestors. The time and money we spent has been a huge sacrifice!! All of our money and time go into pursuing the future of this band and it has been very tough, to say the least. There are more profit inducing careers we could be pursuing but none is more rewarding than creating metal music!!! We recorded the EP in the Runefire Records studio with Brett Wehmeyer. Yeah, he has a very professional setup and has recorded quite a few bands in the area and even one project that was featured on MTV. Our Session drummer Mortaeus recorded his tracks on his own setup in the lower 48th (parallel, meaning outside Alaska).

How far down the road is a first album? Are a lot of ideas flying around already?
H: We are already hard at work on our next full length and are about two songs into it. We have some very ambitious plans for this release and some ideas for a tour sometime in late summer.
K: Well, it’s hard to get rehearsal time in between our shitty day jobs and six hour long X Box binges. So I’ll say we will have this album out eventually.

What is the scene like in your area?
H: Our scene is fairly bad in the local area. You would think that living in a area that has a geography almost identical to Norway would produce original black metal, but sadly most metal in the area is fairly generic thrash metal. Our focus is less about the local scene than getting our music to scenes around the world such as yours. Alaska doesn’t have a very in depth history. It’s very wild and untamed. Our history lies in the wilderness, glaciers, nature, and things not created by humans.

You already got cover art for it? Who did it? Was it the band or some local artist?
H: We are actually working with a guy from Croatia who operates Kocka Graphics and he is working on creating a logo for us and it looks like we will have him work on our cover art for “Thousand Year War.”
K: I wanted to do a cover but was shot down by the whole band. I involved the whole band in corpse paint working at a McDonalds, which is where I predict we will be after our record comes out. 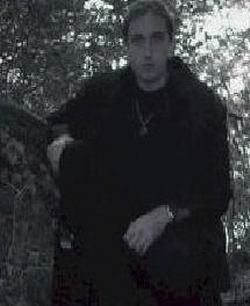 Hiram the Horrible? Holy shit! Where did the band find its, uh, nicknames?
H: Hahahahaha! Well, I got the name “Hiram the Horrible” after working on a fishing crew out in the Alaskan wilderness. I guess I was given it because I was 6’3", drank like a fish, and a savage fuck. The rest of the names I really can’t say. Actually, Kellen is his actual name, as is Hiram for me. But as far as Seele Mord (drums) and Mortaeus (bass), I’m in the dark.

What are Shadow of the Colossus gigs like? Wait a minute…since you’re in Alaska, not a lot of bands come by to play, right? How about the band’s rehearsals? When Shadow of the Colossus is collectively sharpening your chops, is it done in a very professional no-nonsense manner?
H: We are strictly studio right now. However, we do have rehearsals. But many of our rehearsals consist of me and Kellen playing to Guitar Pro files that he has written. Yeah, these sessions are very professional because Kellen writes all the songs out in Guitar Pro and we play to the exact timing we will be recording to. Although much of the
time we are just hanging out in my room drinking beer, we still try to keep the songs very structured and professional!

Where do local metalheads a) buy their gear and b) buy their rock/metal CDs? I just wanna cover all bases here so don’t take this the wrong way. Do any of you smoke pot?
H: Usually on the internet or at Best Buy. Unfortunately we lack a good metal shop. But our roommate and drummer for the “One Final Breath” EP has about 1,000 Black and Death Metal CD’s in our home, and I also have at least 500 in my room that his last guitarist left behind. So there is no lack of metal!
I used to smoke a lot more pot than I do. In fact, both me and Kellen did when we lived in California. Its legal to grow a couple plants here but we are just way too lazy.

Does the Alaskan wilderness start in your backyard? As in all you do is walk out your kitchen and it’s the wild already? Or does the band live in boring suburbia?
H: I can walk about two miles and be in Earthquake Park and see moose and all sorts of wildlife. And if you drive about 30 minutes you can get out to wilderness, mountains, glaciers, and forests that never end. In fact I saw four moose on a walk the other day. Two of them were right in town!

How manly does it get in the Alaskan wilderness? Like hunting? What will it be, rifles or arrows?
H: Pretty fucking manly, dude. I’ve had times where it was necessary to hunt and fish for food or starve. I’ve been charged by bears and survived many life-threatening situations in the Alaskan wilderness. Whenever I’m outdoors I have a good gun and knife on me at all times. It’s survival of the fittest!

I guess we’ve run out of time Shadow of the Colossus. Bye-bye now.
H & K: Thank you very much for the interview. And mighty metal hails to all who listen to and support us!!! 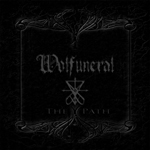 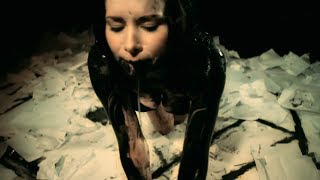 Dichotomy – …Of Strife Of Discord