Greetings and welcome to Extreminal Webzine.You have a new album out called "Asymmetric Warfare".Tell us a few words about the album and are you completely satisfied by the final result?
First of all, thank you for this opportunity at Extreminal Webzine. ‘Asymmetric Warfare’ is our first full-length. It’s an album that expresses some of our views about the world and society. It’s an angry album, but positive at same time, like "we know this all sucks but let’s work hard and make it better".
We didn’t make guidelines in terms of sound or to a certain style. It was written very instinctively and we are very happy with the result. Of course we know that we have much more to do in the future and that’s very exciting!! 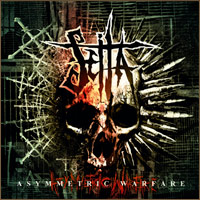 Where did you record the album and were there any problems during the recording process ?
We recorded the album in Amsterdam, engineered by Danny O’Really at Solid-Ground Studio’s and it was mixed and mastered in Sweden by Daniel Bergstrand/Rickard Sporrong. The process was difficult with lots of try-outs to find the best sound we could have and the way it came out in the end, everyone in the band is happy about the results. That’s the most important thing; if we are happy with that, the people that like our music can recognize the feeling. Who feels it Knows it!

What is the difference between the new full-length album and your previous recording:the "Imprint Forever" EP ?
It’s a natural development. I think we developed more the structure of the songs as well as the lyrics. ‘Asymmetric Warfare’ sounds heavier and has more developed content, musically and lyrically. We had better conditions to record and having Daniel Bergstrand to mix ‘Asymmetric Warfare’ was a big booster in quality as well. More and more we are getting able to define our own music.

What are your plans now after the release of "Asymmetric Warfare" ? Do you have concerts planned to promote it ?
The coming period we have several nice gigs coming up. 15 June we will play at a Festival in Czech Republic, Boren Mysteria Open Air, with Sepultura. We also look forward to be co-headliner at Bremer Metal Festival in Germany, 16 November. Furthermore we have other nice gigs in the Netherlands that you can check at our website http://www.seitaofficial.com We are planning future gigs/tours and we hope to play Turkey as well this year or next year. 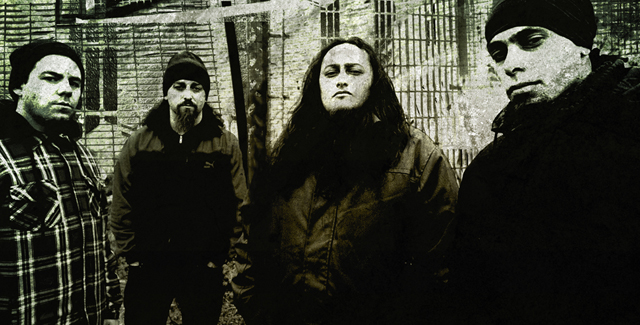 Do you have a label behind your backs ? If you can choose which one will be the label that you like to work with ?
At this moment we have a partnership with SAOL/cmm from Germany. There are many labels out there doing a good job. Difficult to pick a name, but we would choose to work with a label that truly believes in our band, one that has the vision of what we can do and share the passion and the drive we have to push things further.

What is the idea behind the title "Asymmetric Warfare" ?
‘Asymmetric Warfare’ is a military term that describes the conflict between two groups in which one is clearly weaker than the other and has to find unusual ways to fight the battle. And that’s exactly how we see the world. Millions of people around the globe living in extreme poverty and suffering from discrimination and abuse, dealing with religious brainwashing and many other forms of oppression and manipulation. And those people, even though they are the majority, are the weak link in the corrupt and decadent system we live in, and they have to find different ways to fight the battle for a better life.

Do you have a favourite track from the album and if yes – which one is it?
We don’t really have favourite ones, but ‘Ditadura’ has a special meaning to us, because it’s about the time of dictatorship in Brazil. Nowadays we have total freedom of expression, but at that time this was a complete different history.

Who chose the name SEITA for the band and what does it mean ?
That was about January 2008, we were talking about names and ideas. One day I was looking at some art online art gallery and I found a painting with a rusty gate with a big rusty locked chain in front of it and underneath the name in Portuguese with the meaning SEITA – ”Cult”. A Cult can be something that you believe no one can take away from you!! Then that’s the band we wanna to be.. SEITA. The guys liked the name so that became the name. It’s nice as well to hear our bandname pronounced by people in many different languages and accents.

You are four Brazilian guys living in Amsterdam. Why did you come to the Netherlands and how do you feel there compared with Brazil?
Amsterdam is the place that everyone of us chose to learn about life outside of what we were used to live… I mean, to live in a different culture in the beginning is not easy at all. We had to adapt and learn every day. About the Dutch way of life, languages and all that. Like Diego told once "We re-formed our personalities after some time in Holland, because how we live today is not the same we lived before." Living in a different environment than you grew up makes you think in a different way. Because of this the band is what it is today, because we grew up into who we are today. We got together as a band in Holland in 2007, but before that everyone of us had other projects, but Seita came to fix our lives musically.
Many things are different.. Weather, culture etc. Things in Europe are more organized and people in general are more reserved than the South Americans. But every place has its good and bad sides. 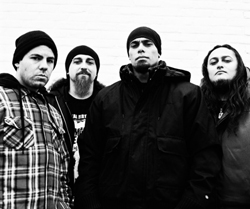 What is the difference between the European fans and the Brazilian ones ? Where are the craziest concerts ?
As said in question nr. 9 compared to Brazilians/South-Americans Europeans in general are a little more reserved. People go more crazy in Brazil/South-America, because it’s how they are. But also in Europe people can go crazy, especially at festivals. Every concert is different, so you can’t say where exactly are the craziest concerts. It is true that in Europe there are more big metal festivals and gigs than for example in South-Korea where we played at Asia Metal Festival and Dongducheon Rock Festival. So if you play there, it is more special for the people because there are less metal gigs than in Europe.

Who are the bands/musicians who have inspired you to start playing and still influence you today ?
Influences there are many, even our life itself; the way we grew up in South America, the music we used to listen to mixed with the new sounds that we hear nowadays. We are not ashamed to say that we listen to all kinds of music, not only metal. There’s a saying "The open-minded see the truth in different things: the narrow-minded see only the differences.” But when it comes to make our own music, it’s METAL above it all!