To coincide with the release of their self-titled, eighth studio album, Norwegian black metallers SATYRICON played a very special, exclusive show on September 8, 2013 at at Den Norske Opera & Ballett in Oslo, Norway, where they were joined by the 55-strong Norwegian National Opera Chorus as part of the Ultima Oslo Contemporary Music Festival.
The performance was professionally filmed and recorded and will be released as the “Live At The Opera” CD/DVD in April. There will be many editions with exclusive packaging and artwork, but the main cover can be seen below. Also available is a preview clip of the song “Die By My Hand”.
To celebrate the release of “Live At The Opera”, SATYRICON will embark on the “The Dawn Of A New Age” tour.
Commented SATYRICON frontman Sigurd “Satyr” Wongraven: “I want to do this tour to complete the circle on the SATYRICON album and get behind the ‘Live At The Opera’ set, which is as far away from a conventional live album as you can get. I also want to share that experience with our fans in our ‘hometown,’ Europe.

INSOMNIUM - While We Sleep 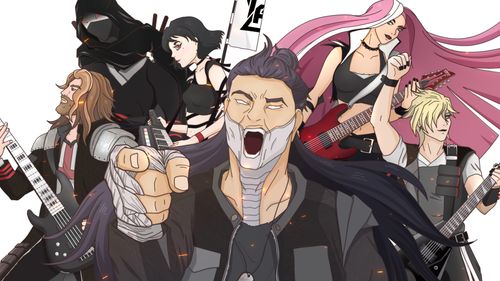