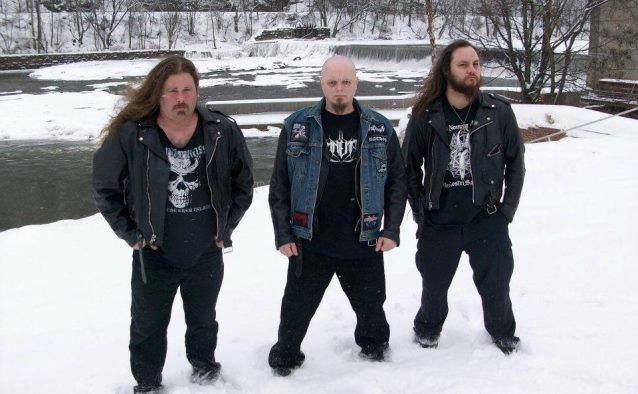 Pennsylvania-based black metallers SATHANAS will enter The Innertube Studio in Ambridge, Pennsylvania on October 19 to begin recording their next full-length album, “Worship The Devil”, for an early 2014 reelase via Doomentia Records. The cover art will be created by the Juanjo Castellano (PUTREVORE, AVULSED). SATHANAS’ latest album, “La Hora De Lucifer”, was mixed at 905 Studios in Ambridge, Pennsylvania and was released via Pagan in Europe, Astral Holocaust in South America and Evil Dead in Asia. Each version of the effort contains a different cover art from such “masters” as Kris Verwimp, Chris Moyen and Daniel Desecrator.