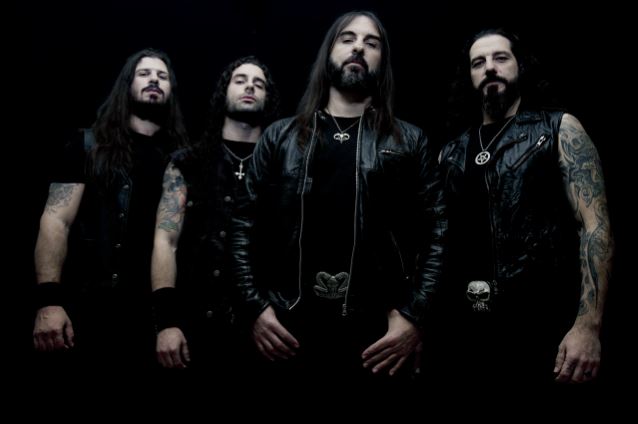 The official video for the song “Apage Satana” from Greek extreme metallers ROTTING CHRIST can be seen below. The clip was directed and produced by Jon Simvonis (Magnum Production Studios), who previously worked with the band on the “666” video.
Commented ROTTING CHRIST frontman Sakis Tolis: “Dear friends, following a string of lyric videos specifically designed to illustrate tracks taken from ‘Rituals’, we are now presenting you the first official clip for our latest album.
“We chose to work again with the amazing Jon Simvonis, who already directed our video for the song ‘666’.
“The concept for this new video is based on the ritual of exorcism and connected to the idea of a soul’s transition to the other side.
“We sincerely hope that you will enjoy the journey to the other bank of the river with ‘Apage Satana’!”
Source : Blabbermouth and Sakis Tolis’s Official Facebook Page