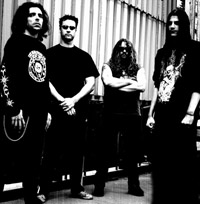 Dutch death metal band ROTTEN had postponed the release of their debut album, “Quality Killings”. The album was scheduled to release in the summer of 2010, but will now be released in the winter of 2010.

According to band, the reason for the delay is that the band has entered the studio again to record four new songs and add them to the forthcoming album. It will feature 11 or 12 songs. The final track listing will be revealed soon.