TheRev: Hello Velnias and thank you for granting us the pleasure to have this interview with you. What would you want to say about yourself to Extreminal Webzine, our readers and metalheads in general?
Velnias: Hails my friend! Thank you for interviewing me. Hails for all the true souls out there, united we walk the path unknown to "normal society". Let them live their false lives and go for your dreams, far beyond what eyes can see. 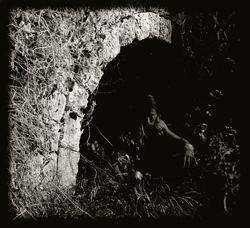 Things already started well here!
Romuvos is related to the Romuva cult, ethnic religion and paganism of the Baltic people, which was centered in Lithuania, your homeland… You’ve helped the Pagan community discover something new, and we would like to know more about the values of Romuva.
First, I’ve got to say that the Balts are exceptional among Indo-European groups in that they have maintained their language, folklore, pagan beliefs and customs in a remarkably pure state for so long. Romuva is the Lithuanian expression of Baltic Faith. The name Romuva is taken from a Prussian sanctuary and is dedicated to them. There are many gods, folk songs and tales, but I can say that one of the main issues in the Romuva faith is the love and devotion for nature and her resources. Romuvan tradition and faith engulfs all the baltic tribes, from the Prussians and Yotvingians, to Zemgalians and Latgalians. You have different ceremonies; before a child is born, weddings, funerals, etc… Serpents are a great symbol in Lithuanian mythology and traditions. Kirmeline (awakening of the snakes), is one of our special celebrations, and there are other ceremonies we celebrate by dates of the calendar feasts. There is much more to talk about and to learn, though. I hope you get the big picture of the Romuva faith. I am very proud of the fact that I represent Romuva throughout my music and let Folk Metal fans around the world have the opportunity to discover and recognize it.

Wonderful details I hadn’t found, even in the web.
"Viking Metal" is a concept that is -til now- not clear. We still ask the question "what’s viking metal ?" apart from the viking outfits and the Epic album covers. For me, it’s mainly based on the chant style and and also the concept within the songs. Do you consider that your musical genre (or sub-genre) is Viking Metal? If not, how do you define it?
I would say that my music is pure Folk Metal. You can find some other sub-genres in it, though mainly it is Folk Metal. Viking metal for me is when you represent the Viking ways and traditions throughout your music and lyrics. The Vikings were Norse poeple who traveled across the sea to other lands seeking for wealth and new lands to raise farms and families, mainly by raids and wars, they were barbaric and quite brutal. In some of my songs I mention the Vikings and other barbaric tribes and cultures – as long as it surrounds the Baltic area. But that doesnt mean it’s viking metal. For me Viking Metal began with Bathory, Enslaved, Kampfar and few more Nordic bands that gave the name to the genre and made us recognize it as Viking Metal. Throughout the years, you can say that Viking Metal got bigger and started to define itself with the use of certain melodies, chanted vocal style, and in some cases the use of traditional instruments. To this day Viking Metal is a small genre that in my opinion, is not represented by many bands, at least not the way I think it should: Barbaric, raw and brutal metal, with lyrics about the subject and yeah, you can definitely say it’s a sub-genre of Black Metal. I don’t see any other connection to Viking Metal than Black Metal itself, which gave birth to the Viking Metal genre. 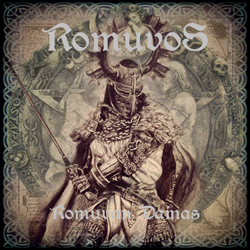 I got it! Still… I am certain that Vratyas Vakyas isn’t excluded from the list of people who inspired you. Your chant style is successfully close to Falkenbach, and I am amazed by the details you made sure to add: Acapellas (Sailing Far Away From Shores), ambient winds and the elemental sounds of nature (Poems Of The Dead), the accoustic side (Inside The Lake)… What’s your main inspiration and influence?
My main inspiration and influence is indeed Falkenbach, the 2nd era of Bathory, Summoning, and few more… I like Folk Metal that is Dark, Heroic and has those inspired moments when you want to just climb on a mountain and shout to the sky! Although most of the Folk Metal these days is "happy" jumpy and more on the subject of Ale drinking and dancing, and instead of climbing on mountains and just being out there in nature, or on a battlefield, it makes you wanna go drink beer and laugh… which is ok, though i don’t like that kind of jumpy metal music that much. I try to produce my music in a very direct and accurate way, delivering to the listener exactly what I intended to. That can be a battlefield between knights and barbaric tribes, a ship sailing on the waves to shores unknown, scrolling through vast forests, being out there in the nature with a group of brave men hunting the next dinner… All those subjects which I’ve loved since I was a kid, and today I have the privilege to write music about it and revive it.

Values, as I said before…
It’s well known that "No Colours Records" worked with some Metal bands that have strong reputations in the Metal scene, such as Graveland, Inquisition and Nargaroth. How helpful was that Label for you in promoting your project?
"No Colours" is a well known label, although its main expertise is underground Black Metal music. There are many No Colours fans out there. Every new release under No Colours attracts their attention, so for me as a first release, it’s a great thing. As a listener and a musician I came from the Black Metal scene and to be recognised in that scene due to No Colours is a great pleasure, because I feel that my music has a lot of the Black Metal elements in it, production-wise and vibe-wise. I have to say that a few fans told me that I should consider getting bigger exposure, so I’m thinking about that as well. I don’t know if No Colours, fantastic label as it is, can deliver that exposure.

Your song "Romuvan Dainas", has a pure ancient atmosphere through guitar, chant, and a language I unfortunately don’t understand. Is it a traditional Lithauanin chant? Have you any historical details to give about this song?
Romuvan Dainas (song) is written in old Prussian. That is a very hard language which has many different dialects (and im still learning it). The song has also English lyrics as well, and those lyrics actually translate the Prussian ones. The song theme is about the bravery in men, and the time when that bravery is needed! It’s about the past, the traditions long gone. Romuvan Dainas is a Romuvan Folk song. Most Romuvan Folk songs are about other subjects, but I decided to give it my interpretation and to write one myself, while most of the time I write about true old folk songs and stories.

"…Tonight the bravest gather, And there I shall stand; To sing the song of glory, All over again and again…"
From "Poems For the Dead" which is right now my favourite song. Tell us your process of writing lyrics for Romuvos. Do you procede through translation from your native language (as the main inspiration is from your own Folklore) or do you write directly in english?
That song is the first one I wrote when I started with Romuvos. I first write the song musically, I have a subject in mind and through the music I try to reach for it, and to revive that image in my mind more and more. When I feel that musically the song is almost done and ready, I start to write the lyrics, and yes, I write straight away in english unless I am using any other language. For me the lyrics are the easier part, with a decent vocabulary you can reach the exact point you are trying to express in the song. Whereas with music it is more "abstract" or less defined.

Yeah, I see… And when you master the language, you master the listeners’ -musical- ear imo…
The good thing about a solo project is the total freedom in writing and composing music. The bad side is the impossibility of live performances, how do you see Romuvos in few years? Will it be a band or remain a project?
Well, after being in a few bands in my life, I am well aware of the advantages and disadvantages of both situations, and you are right. In a solo project you’ve got the freedom but on the other hand, you don’t have the sharing and the magical connection between the musicians which comes very handy on stage. But that is where I am, and hopefully, in the future I will make Romuvos a band, and if not…well it won’t bother me that much (laugh), as long as the people out there are getting the music to their ears!

Some short questions (for fun). Don’t worry, I will not ask you about your favourite meal or clothing brand (laugh), ready?
Your favourite Metal band (or Metal musician)?
I started to listen to music with Iron Maiden, til today I have all their albums and love them like hell!!! so yeah, Iron Maiden!

Your favourite song from "Romuvan Dainas"?
Poems For The Dead

Same here.
Your favourite Non-Metal band (or Artist)?
Not metal = not my cup of tea! (laugh)… Well I would say Wardruna (a cheat, I know, it’s kind of Metal)

Labai ačiū! Which means "thank you very much"… for the answers and also for the beautiful release that will have more echoes in the future.
A last word to Metalheads and fans?
Dėkojame!!
Few last words indeed: Keep the flame burning and raise your pride high. No matter in front of who you are standing. Death to the missionaries out there!!! Mind your own fucking buisness and don’t try to expect from us to follow you just because you have "seen a light". Hails brothers and sisters!!!

New album of Ingurgitating Oblivion is ready to go! ! !