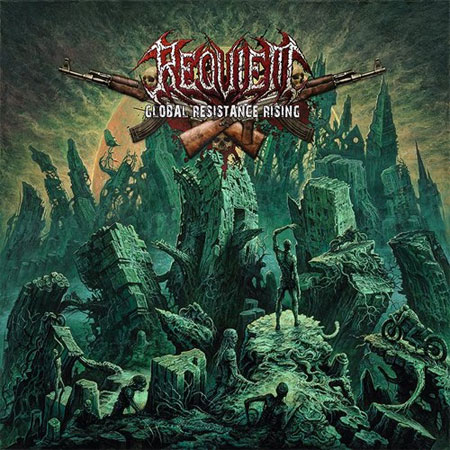 The Swiss death metalists Requiem woke up from the 7-year lethargy and hit the next, the sixth longest album, which issue will be dealt with by the German FDA Records. The album is entitled “Global Resistance Rising” and contains 10 tracks, which the band recorded and mixed in the Iguana studio with Christoph Brandes, who also mastered the whole record. The album cover below was prepared by Dan Seagrave. The band is said to they are in top shape for years and we can expect very strong, brutal and energetic material.

BLOODBATH new album ''The Arrow of Satan Is Drawn''Coming in October