Hi, first question is: what is your favourite breakfast food?
Cereal haha I believe I've eaten a bowl of Cocoa Pebbles or Frosted Flakes every day since I was a child. Good question haha 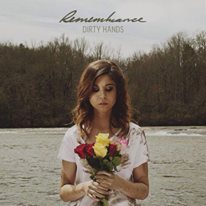 You have released your debut EP named "Dirty Hands". Are you and the band satisfied with the result of the album or now that the albums completed you look back in retrospect and perhaps see some things that you would have changed or done differently?
We are all extremely satisfied with it. It was our first album with more of a melodic hardcore approcah compared to our last EP which was a bit heavier, and recording with Jamie King who has done so many influential albums on me and the rest of us was definitely an amazing experience.

What are you guys doing to promote the debut EP and to get heard?
We're just sharing it with as many people as we possibly can. With us being an unsigned band we don't automatically have that built in fanbase that usually comes with being on a label. I'm hitting the road with my good friends in Brigades this summer on the common vision tour with Every Time I Die, Counterparts, Real Friends, Gnarwolves, and Gatherers. So i'll be doing a ton of promoting on the road.

What do you want the listener to get out of Remembrance music?
Alot of our songs are sadder songs. I really just want the listener to understand that no matter what they are going through they can get through them. I will be the first to tell you that depression is real, but no matter what you're going through, depression, anxiety, a break up, etc your life has value. You mean something to someone. Possibly more than you could ever know.

Who's the person on the cover of "Dirty Hands"? Who is the author and what about the general meaning concept of this photo?
Its a good friend of our guitarist. Her name is Danielle. She was really cool to work with, and wasn't afrad to get dirty so that's cool haha
Our good friend Jeremy Abrams was the creator of all of this. He really helped bring the idea to life.
on the cover she has dirty arms and hands. To me those represent the struggles of life, but with the flowers they represent hope that you can get through anything. 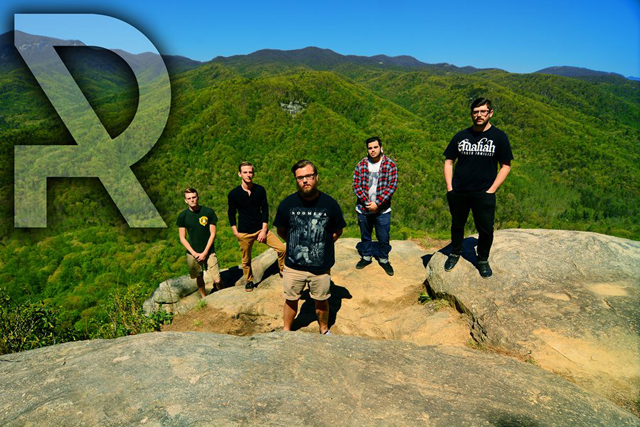 Why do you think the EP are now more popular among young bands than full CDs? Is that due to impatience and desire as soon as possible to show their music to people?
I don't know in my opinion EPs just keep the flow going. Bands really put all they have into EPs to make sure that each song is as strong as it can be. While full CD's typically have those 1-3 songs that are just "okay". Now that's not always the case, but in my opinion an EP just gives you the opportunity to stay strong throughout the entire listen.

Do you know some other bands with the name of Remembrance? Does not it bother you?
I know of one band that is cuurently around and one band that is no longer around. The one that is around is a "funeral doom" band. It doesn't really bother me, because we are a completely different style of music and have a different message. It would be another thing if we were blatantly ripping them off, but that is definitely not the case. The other band I have searched every where for and can't even find a song by them.

You wrote on your Facebook that one of the activities you like the most is touring. What is your favorite parts about touring?
We haven't really had the opportunity to go on long tours though that is the plan, we've done a few short runs. What we love the most is being able to make new friends and interract with new crowds. To me that's the fun in playing music in general. 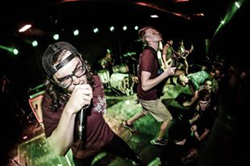 How do you look back on the shows you did so far?
We've had the opportunity to play some really cool shows. Just last night we got to play with H20 and those guys are some of the most influential in what hardcore music is today.

What’s the most vivid story or moment you have as a band?
We spend most of our time with each other. I think the most vivd is when we went and recorded with Jamie King, being in that room was so surreal.

What excites you about hardcore and the hardcore scene the most?
The feeling of acceptance. Hardcore has it's elitist just like any genre of music does, but for the most part you're accepted. If you fall you'll be picked up. It's a great feeling to call that group of outcasts my brothers and sisters, and those dirty smelly venues my second home.

What new music have you been listening to?
I think we all have different tastes and influences, but for me I've been really into the new Capsize, and Trophy Eyes record. I'm sure the new Counterparts will slay as well. 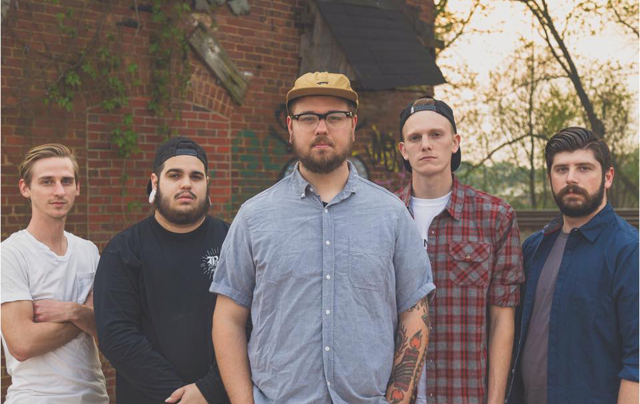 And the last question: what was your most intense dream?
I hate snakes, and I had a dream of this giant snake chasing me around almost a week straight. Messed me up pretty bad hahahah

Thanx for interview. Last words are yours 🙂
Thanks so much for giving me this opportunity! Check out our stuff Bandcamp. Check us out on Facebook. Always remember that you are stronger than the obstacles put in your path. Follow your own dreams, find your own path, and be your own light.