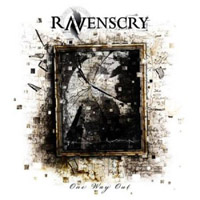 Ravenscry’s debut album “One Way Out” will be released in Japan through Hydrant Music on March the 14th, 2012.
After the successful Europen and Scandinavian releases the hype continues for “One Way Out”.
The album will be distributed in Japan by EMI music thanks to the new deal with Hydrant Music.