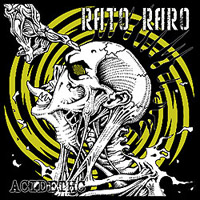 RATO RARO, one of Spain’s most veteran Grindcore bands (existing since ’92) has come to an agreement with XTREEM MUSIC for the release of the band’s long awaited 2nd full length album “AcideTHC”.

The band has been very active their 2003’s debut album, not only playing live both in Spain & Portugal, but also organzing countless shows for foreign and national acts whenever they stepped near their realms (Palencia), achieving a respected status within the iberian Grindcore scene.

RATO RARO’s 2nd album is scheduled for imminent release during the first half of May.