Polish thrash-death metal band Quo Vadis has set the European release date for their upcoming eight album ‘Infernal Chaos’ on June 18. The new album will be came out from Chaos Records and distributed by Twilight Distribution. A new track called ‘Cross Of Gold’, from the ‘Infernal Chaos’ album which have been recorded by Wieslawski brothers in Hertz Studio, can be heard online from the band’s myspace page. 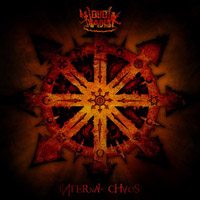