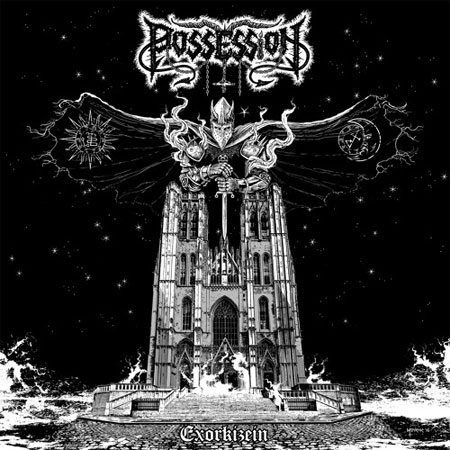 On April 7 was set by Invictus Productions (CD version) and Iron Bonehead Productions (vinyl version) Premier long-awaited debut  Belgian black / death metal Possession. The album is titled “Exorkizein.” It was written by a team of about a year, without breaks in concerts. The recordings took place in Blackout Multimedia, where he oversaw the entire process Phorgath (Enthroned, Emptiness). On the new material appeared to have new musicians Possession – in the assembly  already Mestema – replaced by Viriakh, a new bassist is S.Iblis. Behind the cover of “Exorkizein” corresponds again Chris Moyen, who created the band’s logo and covers for EPs “Anneliese” and “1585-1646”.
Listen below : “Infestation – Manifestation – Possession”: