How are you guys?How is life going on the warfront of PSG?
Yarda Dohnal : Hello. Yes, there have been many changes with PSG lately. Both drummer and singer have left us, so for a litlle while I was the only member of the band. We are working with new members right now; new drummer Ondra, bass guitarist Klabi, and of course new singer Eddie. On latest Fekal Party festival, we were already performing with this new settup. Also we are currently working on next album.

Can you give us information about the recording process of new album?
Right now we are working on our harmonization. Most work is actually already completed and our new CD will most likely be released with 9 full songs. We have already finished recording some pre-production and also released promo CD with 3 new samples. These are intended to address Production Studios.

How can you define your song writing as a band?How does it work from past ‘till now?
Since the new album was being created mainly under the previous settup of PSG, we are at the stage of just polishing it up, before the oncoming release. Major part of the album is my creation, although rest of PSG helped a lot to improve the songs. It was same case with our previous albums, although the previous core members were much more engaged, obviously. Then of course we were working hard together in the studio enhancing the sounds. You know, we are not a Jam band 🙂

How were your slamming and hardcore parts of songs come up as a style of band?
I’ve never really thought about that, to be honest. I am a musician, all work somehow comes out of me.

How can you define yourself,more hardcore band in grindcore scene nowadays?Do you like old school hardcore and crossover more or nowadays’ slam and core bands?
I think grindcore is intertwined with hardcore, and death metal alike. Im not putting them in one box, but the lines of different music styles are almost invisible nowadays. From the old school HC I used to listen a lot to Pro Pain, but rather occassionally. I was always much more into death metal bands. These days I like to listen to Hatebreed, for just one example. 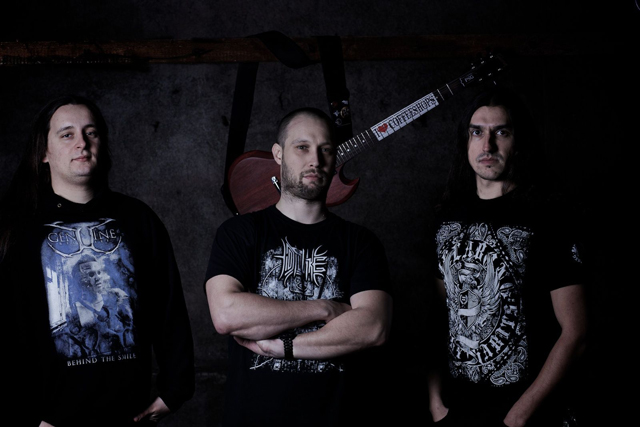 What things going on Czech underground music scene nowadays?
Today, the Czech Republic is hot on gore grind, otherwise the scene seems still the same to me. We are always seeing the same musicians who arose the same time like us, all those years back.

You are a band releasing albums in scene over 15 years,so what things have changed for you as personally and band?
Many things have changed since the dawn of PSG. More fans had reached our music than we could have ever imagined. We are performing at much larger shows reaching wider audiences, giving us the oportunity to travel all around Europe. We managed to play with big bands we only used to listen to as young kids. Our dream come true. Luckily, our passion for music hasn’t changed a bit, we still enjoy it as much as we have done in the past.

I liked your album released last called Humanophobia and bought it,what can you say for your last album?Do you think I will like it?Or in other words, how can you advise your last songs and album to fans and listeners?
Although long time has passed since the release of Humanophobia, we still like the same kind of music. Therefore, I think all our fans who enjoyed this album, will also like our new CD. Upcoming album will be full of fast passages and rocking HC rythms, countinuing the work of Humanophobia. We are definatelly not intending to slower the pace of our music, that’s for sure.

Do you have any funny tour and gig moments?Please narrate some the weirdest ones for your fans?
Oh yeah, I wouldn’t even know where to start. Every time we play abroad, our fans are asking us how to say “cheers” in czech languague. Like this one time, some German gilr was dringing with us back stage and she kept asking. We told her Czech people say “mrdat prdel”, which actually means “but sex”. The whole night we were drinking beer, shouting “mrdat prdel”! 🙂 About two months after we recieved an email from that girl, explaining how she visited Plzen (Pilsner – Czech beer city). She went to local pub and after getting served the beer she shouted shouted “but sex” in czech – out loud for the whole room to hear. She ended the letter thanking us for this funny experience 🙂 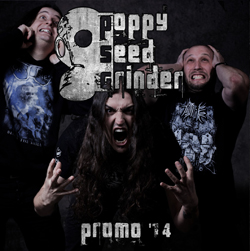 What do you focus on wiriting lyrics?What things do you like shouting more about?
İ think Eddie is the right person to answer this question.
EDDIE : Our lyrics typically carry an essence of warning, along the lines of what happens when religion and human ingnorance reach to a point of no return…Etc.
Let it be a surprise.

How did you form your band?How things were get started for you?
Me and my brother originally formed the band. It was indeed long time ago and in fact we were only starting to learn how to play the instruments :). My brother plays drummer now, in funny grinde band called Halalí. Myself, I stayed the course with PSG and of course saw many members come and go througout the years… but one thing has never changed – we simply love to play.

What albums did you buy last days?Any advise for us?
Actually, the last time I purchased album is quite some ago and it was, I remember, Misery Index LP Heirs To Thievery. I can recomend everything from this band.

Any tour plans after the release?What gigs should fans expect from you?
I am happy to anounce we will probably go on tour after new album’s release. Of course, it all depends on which Recording company will sign us, but we are optimistic. We will spend the rest of the year working hard to finsih the CD, so everything will be ready in time. Sadly, it means our fans will see us these days only at few gigs in the Czech Republic and on Decembre we will play in Austria.

Thanks for your honest answers!Please say us the last words for his interview?
Thanks for your support! Hope you will like our new CD Poppy Seed Grinder!