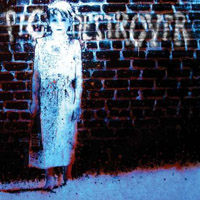 Virginia based grindcore band PIG DESTROYER have set “Book Burner” as the title of their fifth-full length album, due on October 23 via Relapse Records. The band’s first LP in over five years at guitarist Scott Hull’s Visceral Sound Studios in Alexandria, Virginia. The CD is described in a press release as “a return to a raw, primitive sound and will feature 19 songs of their signature misanthropic grind.”