Hello,as we have recently discovered it,Persuaded is a brand new band to us.In 2007,you were working under the name of “Who Shall End”,i don’t know anything about that band too,could you do anything with that name?
We had a project called “Who Shall End” in the university years.We’ve had compositional works besides studio jam sessions.Even the roots of our song “Unconcerned Behaviour”dates back to those days.But because of some unpleasent conflicts within the band,we decided to delay the project.Köksal and i kept looking for new band mates and continued on compositional works. 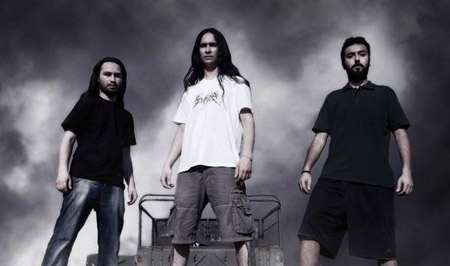 For our listeners who haven’t discovered and listened to the band yet,what can you tell about your style,which styles or which bands are inspiring for you?
We usually tend to use death metal,deathcore and metalcore stuffs in our songs.Deathcore and death metal are generally more inspiring for us.There is a huge sum of bands shaping our sound,it would take a long time to give their name one by one.I can briefly say that we try not to get out of the death metal sound. 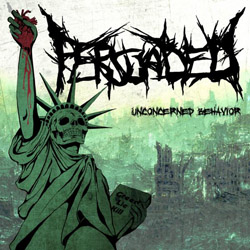 I’ve listened to your new EP “Unconcerned Behaviour”,it has a far more better recording quality than most of the self-released demos,but i think that there is something unpleasent for you.
We made a lot of plans for the recording of the EP “Unconcerned Behaviour” before we began the recordings.But not everything happened as we planned to do.We had problems about the time during the recording sessions.And this caused the produciton to be weak.The comments until now are pretty satisfying but we want to work more professionally for the upcoming recordings and create a stronger sound.

There are 4 songs in the EP,are these songs all you’ve got,or are they the ones that are ready,what is the situation about new songs?
These are the ones that we could manage to record.We have 7 more songs besides the EP “Unconcerned Behaviour”.

Does your EP cover have a special meaning or is it just a simple figure?
It is not a simple figure for sure.We wanted the cover to have an exact relationship with the lyrics.The lyrics are all about the Vietnam,Afghanistan,Iraq in other words they’re directly related with America.We created the cover according to this theme.

There were 5 musicians in the band when you recently came to me but now it seems that there are 3.Did your former band mates helped you with the recordings?
There can be something wrong because we came to you after the recordings ended.Persuaded was formed by 3 people Mete,Köksal and Kaan.The recordings were done by those three people. 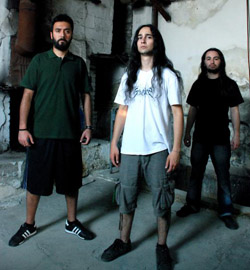 What is the situation of the squad at the moment?What will you do in case of a concert?
We’ve recruited a former band mate Reşat Köksalan as 2nd guitar.We worked with him in the past.We have drummer friends ready to help us for concerts but we will be recruiting a permanent drummer as soon as possible.

Have you begun any preperations for a new record?Is it going to be an EP again or do you have a plan for an LP?
Until the end of August we are planning to make 2 new recordings.We may even shoot a video for one of those songs.The songs are ready.And in the next february we are planning to release our second EP.It is also already ready.We are just waiting for someone to say’lets do it’.For the LP thing,we dont want to hurry.We will probably prepare an LP only after an agreement with a company.

In such market circumstances,even the most succesful bands earn money only from the concerts, i don’t know if you have any idea about earning money but lets say,which one is more important to you releasing more albums or having more concerts?
As we are a new band,we are not interested in with the economic side of the job.Besides we already know that for extreme styles it is too hard to earn in these circumstances in Turkey.We think that concerts and albums are completing each other.The more you show yourselves with the concerts and make yourselves liked the more the interest comes to the album.Just as,the more satisfying the album is,the more and better the concerts will be. 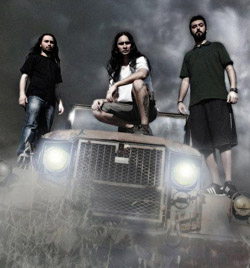 Nowadays,it is too easy to make songs listenable on Myspace,or make people get your music for free by uploading them to Rapidshare.Also free demo cds were distributed and many bands made temporary names in the peoples minds,stayed on top for a while,and then they were erased suddenly.What are your thoughts about this,which one is more logical for you?
You work too hard,you labour hard for an album or a demo.Recording,designing,printing… You deal with a lot of things.Then you distribute this labour,this precious work of yours for free.Maybe it is logical to make your name heard initially,but for the future plans for example in case of an LP we think that it shouldn’t be this way.

Finally,if there are any questions that i may have forgotten to ask,that we may hear from Persuaded,can please have your last words?
We are making deals for concerts.I believe that we will be able to make our music heard by more and more people.As i said,we are a new band but we are not thinking about an option of being erased in a short time.I hope we’ll get the likes of metal lovers.