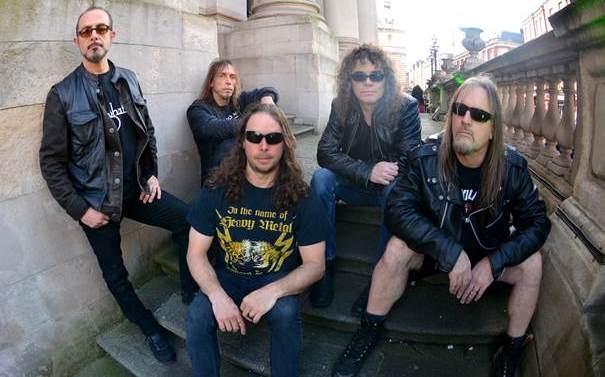 New Jersey thrash metal veterans OVERKILL are filming videos for the songs “Bitter Pill” and “Armorist” with veteran director Kevin J. Custer (HATEBREED, TESTAMENT, SUFFOCATION). Custer previously worked with OVERKILL on the “Electric Rattlesnake” and “Bring Me The Night” clips.
“Bitter Pill” and “Armorist” are both taken from OVERKILL’s new album, “White Devil Armory”, which will be released in July in North America via eOne Music and in Europe through Nuclear Blast Records. The effort was tracked at Gear Recording and was mixed by Greg Reely, who also worked on 2012’s “The Electric Age”.