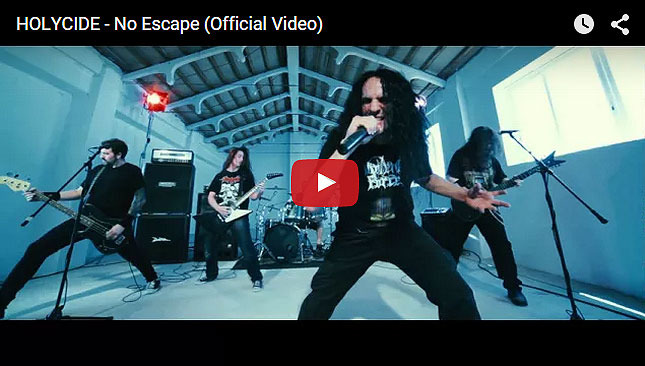 Spanish Thrashers HOLYCIDE, leaded by Dave Rotten from AVULSED on vocals, have just launched their brand new video-clip from the song “No Escape” which is the opening track of their debut EP “Toxic Mutilation” released in February 2015 through Xtreem Music. The video was directed by Mikel Larequi who already worked on a video-clip for Dani Fernández (HOLYCIDE bass player) previous band CLOCKWORK.
The video can be seen here: