Where did the idea come from to do a tour playing only from your first three albums?
Trevor Peres (guitar): Actually, the promoters of this tour asked us about this idea. It’s something we have been talking about before in the past, maybe doing the first couple of albums. And then the promoters for this tour, Soundworks threw that out there to us and we were like “Well, if talked about it, let’s do it.” So, here we are.

Officially, are you a four-piece band or do you have another permanent guitarist?
We do have a fifth member for this tour. We just did a European run and an American tour as a four-piece ’cause we were trying to decide what we were to do. And we knew what we were to do and now we’re doing it with a buddy of ours, Kenny Andrews. He’s a good friend. He’s our guitar tech and he techs for Trivium. So he’s here with us playing guitar. 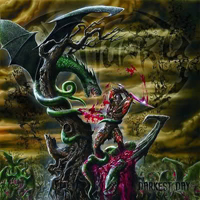 Your last album, “Darkest Day” came out three years ago. Do you have any new songs right now or are you working on some?
Yeah, we’ve been working on some stuff for about a year on and off and we’re going to record a three song EP, then finish the writing of the rest of the songs so that we can do a full album. Hopefully, we will be having an album out by late Spring or early Summer.

So you will not just bring out several EPs in a row but it’s going to be an EP before the album.
Yeah, we’re going to do two songs that are going to be on a seven inch vinyl only. That’s what the plan is. And we’re going to have a third song that we’re going to do downloads only on our web site, I think. And then, after that, do a full length. We’re in negotiations with Century Media, so its most likely we’ll be with them.

Do you have any news about the former band members? Do you keep in touch with them? What’s new with Allen West, for instance?
We actually saw him last year in Berlin. He’s got a band called Southwicked and he actually came to my house and spent a couple of nights during his recording because I was living in Phoenix and they recorded in Phoenix. It’s been a year since I’ve talked to him, though, because his phone number no longer exists. I tried to call him a few months ago and it didn’t exist. But yeah, we try to keep in touch.

Frank Watkins played bass in the band for a really long time. What was the reason he left?
Personal stuff I don’t really want to talk about. Too personal, let’s leave it at that. Business and personal. 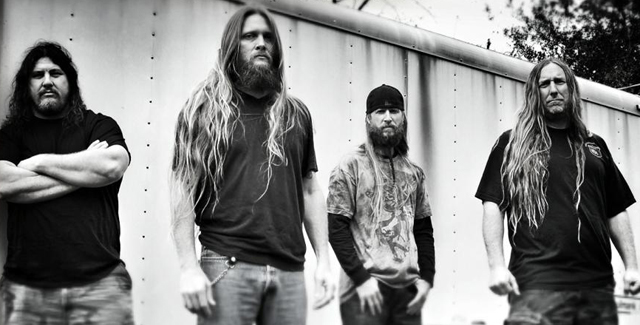 What was it like to work with Ralph Santolla? Is he really into death metal? I mean, he used to play in Deicide but also with artists like Iced Earth or Sebastian Bach.
He likes all kinds of music. He’s like all of us, we all like all kinds of music but we just happened to be stuck in our one band for all of our lives, playing death metal. So he likes every kind of music and he enjoys death metal.

Have you had any influence on putting this tour package together? Have you been familiar with the other bands before?
We know the Macabre guys for quite some time but we just met the Australian bands (The Amenta and Psycroptic) on this tour for the first time. And the people who put it together, again, was the promotion company, Soundworks. They’re actually based in Australia, so that’s why two Australian bands came and the package was their idea.

Do you keep up with what’s going on in the metal scene currently?
Probably 99.9% of my music from metal is old stuff. It’s hard for me to keep up with everything going on. I’ve got children and I like to go fishing a lot so I barely can keep up with my own band. So its hard to know what’s going on a lot. I hear of bands but I don’t know much about them. 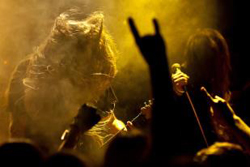 What’s new with Catastrophic? Do you plan on doing another album?
Well, I’ve been playing in it for like ten years so yeah, hopefully eventually one day. My drummer Rob and I talk all the time and he’s just waiting for me to make some music up so we can put an album together. So hopefully one day. I keep saying it for the last two years so hopefully… But with Obituary, we’re so busy all the time. And in between that, with family. So it’s really hard, for me at least, to really put things together. I want to fish… But hopefully we’ll do a new one.

Were you involved in the making of the “Tardy Brothers” record?
No, it was Don and John’s little deal. Their little baby.

I just asked you because no matter what you guys do, you always have this trademark sound.
That’s what we do. I mean, we don’t know how to do anything else. I think that’s the problem. We suck so we just play the same thing over and over.

Even when you do covers, from Celtic Frost, for instance, the original is always absolutely recognizable, while sounding like Obituary typically.
When we do those songs, we try to make it sound like what they did but we were influenced by that a lot so it makes sense. 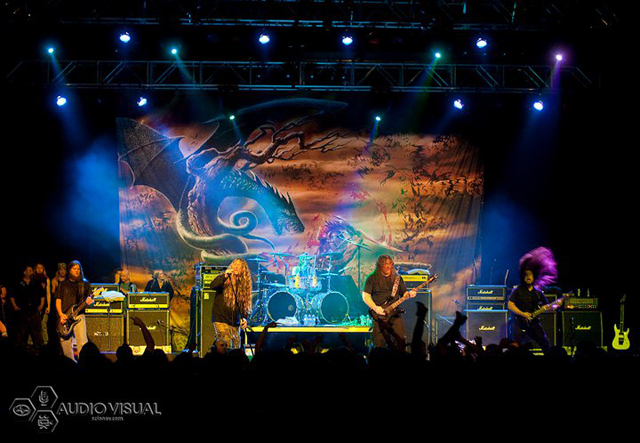 In retrospect, when you look back to the very early years of Obituary (to the period of the first three albums, that is), what is the biggest thing that you have achieved?
Longevity. Here we are twenty two years later, still doing this shit. It was unexpected. I will never forget the day John and I held the “Slowly We Rot” vinyl in our hands at the practice room. We were like “Wow, we’ve got an album.” We never knew it would turn into this but it’s pretty cool.

I believe you’ve been able to find your own sound quite early.
Yeah, it just kind of happened, you know. We were messing with stuff, we’ve made a few changes before “Slowly We Rot”. There were definitely a couple of different changes here and there and then one day we figured that was it. Nothing’s changed since, though.

I guess people thought back then that Obituary could be the next Slayer. Maybe you felt the same way, too. Or perhaps you have stated something like that…
Slayer’s a huge influence for us. We love them to death and I think that if Obituary and Slayer would tour together it would be fucking insane. I know that but to be the next anything… It’s hard to say. I feel like we’ve done good for ourselves but it’s hard for a band to go to that next level. We are lucky enough to get to the level we have achieved. I mean, there are some bands that would kill their grandmother to do what we’ve done. It’s insane. But yeah, it would be nice to be that big and as popular as Slayer. That would be great. But here we are. 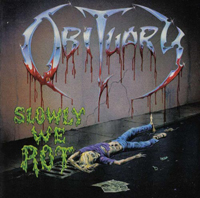 Is it true that you actually haven’t had any complete lyrics for the “Slowly We Rot” album, only some vague ideas for each song?
Well, obviously there is no lyrics sheet. I mean, John has some words here and there. And a lot of it sounds, of course. In the song “Slowly We Rot”, you can hear him say “slowly we rot” so there are some lyrics. But I don’t know where they are. I don’t think John even knows where they are. So yeah, it’s true… Somewhat…

What are your plans for the near future?
Hopefully, we’ll get as big as Slayer. Just do some more music. We’re going to continue to play what we love and enjoy. That’s what we do. We’ll come back and destroy.