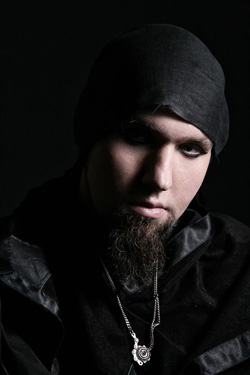 Greetings Vladimir, congratulation about the release of the first album from Numenor. What can you tell about it and are you satisfied so far with the promotion of it?
Hello, Petar, thanks! We got dozens of reviews and have several interviews in cue… the fans praise the album in every manner, we’ve got a lot of good words from the journalists, so, everything is okay for a debut album, I guess!

The material here on this album is almost one year old. How so?
Well, when you’re from Serbia, everything gets just harder than it should. However, the band sent a promo CD during February, we made a deal by the end of the March and the album was expected to be released in June/July. I’m not really sure what caused the last delay, but, maybe that’s how labels must work in such a manner these days.

How long are you already in Numenor?
LEGEND OF THE MASTER RING cover was out in December 2010, so… hmm… Almost three years! Time does fly! (heh)

How much is the new material different comparing the previous material?
Obviously, it’s symphonic black metal, so… not much.
I tried to maintain the legacy of ESGAROTH (how NUMENOR once was called) as I really love that type of black metal. Maybe the new material is more straight-forward (and therefore slightly shorter) and more based on classical music. As I’m not very deep into extreme metal my influences differs from a former composers but I think that the core – fast riffs and symphonic synths – is still there. 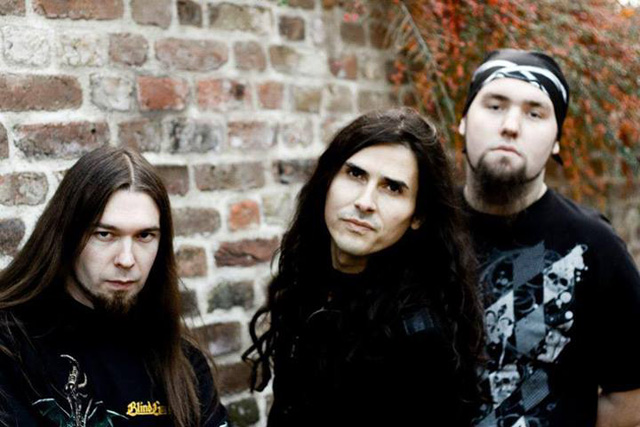 How did you enter the band?
Marko (singer) had an idea of doing a SUMMONING cover. As it’s very synth-based, Srdjan (guitarist) asked me to do some studio work. As we all were very satisfied with the outcome, a couple of months later we started to talk about me composing for a full-length album and… that’s how the current NUMENOR line-up and COLOSSAL DARKNESS was made,

Tell me, do you like these fantasy stuff also in your private life?
I do like epic fantasy, but, nowhere near as our singer does. For example, his passion about it made a scratchboard for the last song on this album.
And although NEVERENDING STORY was a movie of my childhood, I’m more a fan of Japanese RPG or FRPs video games. I can say that I was raised on FINAL FANTASY VII/VIII, XENOGEARS, CHRONO CROSS and other PLAYSTATION video games. I really loved the music that was made for those games and I guess that it’s one of my dreams to write music for some similar title in the future.
Small trivia for your readers, if you recall VANDAL HEARTS video game, the ending song was sung on our language actually! (heh) 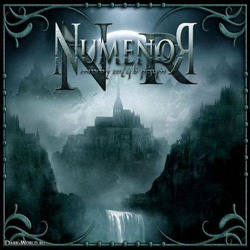 Beside in Numenor, you play also in another band. What can you tell me about it, especially since the other band plays a different Metal style?
I’m playing for 12 years in a power/progressive band called ALOGIA. It’s a local based band with lyrics in Serbian. We’re about to release our 4th studio and the first video for it should be online on Tuesday, 15th of October. If you’re into 2000’s melodic metal with catchy riffs and splendid vocals, you might like us even if you don’t understand a word of it! (heh)
Anyway, you should check ELEGIA BALCANICA video from ALOGIA very soon!

What will happen in the near future with Numenor? Will you play some gigs, participate in some festivals, prepare and record the new album, or film a video.
We’re focused on getting our work done for the 2nd album by the end of the year. More or less, fans can expect the same approach and style as we consider the next album as a COLOSSAL DARKNESS sequel.
We have plans for videos, but, it’s most likely that we’ll do it for some song from the next album. It requires a serious storyboard and planning because I think that bands like NUMENOR can’t just go out and shoot any video and hope for the best.
Gigs are optional at the moment and, who knows, if we get some deal for 2nd album soon, maybe we’ll get on time to get some festival appearance next year.

Any last words for the end of this interview?
Thanks for reading and let’s stay in touch as we’re going to present to you our next album news very soon!
Cheers!