Hello Marko, congratulation about your first CD. What can you tell us about the “Opus Draconis” CD of your band Numenor?
”Opus Draconis” is the debut record from Numenor. It contains four tracks and I think that this EP comes more as some sort of compilation CD, since all the material comes from different parts of band’s embryonic existence. While one song was recorded during 2006, two others are from 2009, and the closing one is from 2010 (a cover version of ”The Legend of the Master-Ring” from Summoning). 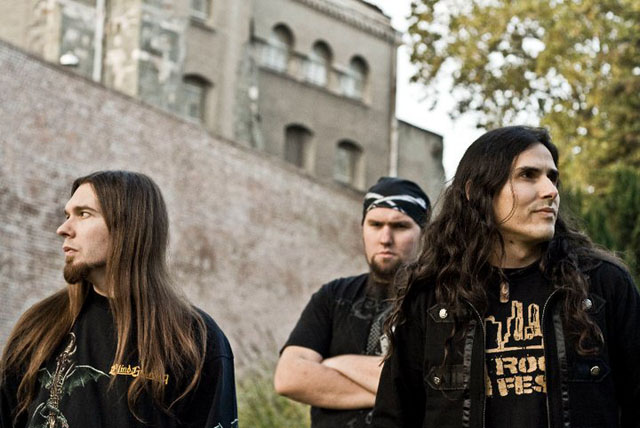 You brought it out over your own label Tanelorn Records. Will you continue to release your CD’s over your own label?
Yes, of course! I really wanted to have my own label because I run for a long time my own Magazine: Metal Sound! So, now I think that circle is completed with the label of my own. I doubt, for instance, that the bigger label will be able to release all of my ideas. I think that they would be mainly interested in full-length albums, but I want to have ”regular” singles, EP, ambient-based albums, so I think that Tanelorn records would be the perfect label for these kind of activities. Of course, I am open for any other band as well! 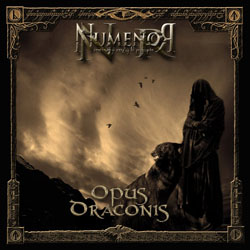 You were also in the studio again lately. What did you do there?
I was there to record vocals for the second cover from Summoning, for the song ”Dagor Bragollach” since we plan to release one EP with only Summoning covers. But, I was also there to prepare all other songs for the recording of the debut full-length ”Monarchy Divine”.

Seems like you are a big fan of Summoning. What makes them so special in your opinion?
Yeah, I am really into Summoning for so many years. I simply like to listen to their music and I think that they ”correctly” captured the essence of Middle-Earth. I still like to remember my first ”contact” with their music and art. I was a bit confused since the first record that I was able to find back then was actually ”Dol Guldur”…

Listening to the music of your band, I must say that it is more complex comparing to the music of Summoning. What is your main influence when it comes to the music and lyrics of Numenor? I already have noticed that, more or less, all fans of Summoning like Numenor as well but I think that our styles are definitely different. I never wanted to sound like Summoning (maybe in the first phase)…
I think that Numenor, when it comes to music, has some obvious influences from Bal-Sagoth. But, when we speak about the lyrics, I think that my main inspiration comes from Blind Guardian (the style of lyrics). I always liked dramatic lyrics based on fantasy literature. Since I am very much into fantasy literature I would like to name few writes which has definitely some influences on Numenor: J.J.R.Tolkien, M.Moorcock, R.Hoob…some songs are just loosely based on some of fantasy novels. 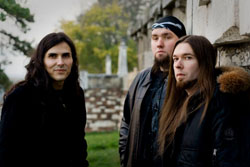 Beside the cover version and the song “Once we were kings” the lyrics are not about the LOTR topic. What is your opinion about this bands that use the LOTR topic for their music?
Yes, you are correct, but I think that on our next record I will be more focused on some of Tolkien’s characters as Saruman, Feanor or Lord Denethor.
I like few of them like Blind guardian or Summoning. But, I am not chasing around Tolkien influenced bands… some of them are good, have great potential to offer, but I also found many others with ”weaker” music.

Do you have any more releases on your mind from Numenor for this year?
I think, at least, two more, maybe even three. The next one surely will be ”a tribute to Summoning” containing two tracks, both cover versions from aforementioned band. We have already done everything for this record: cover artwork, songs, promo photos…and I think that we will have also at least one split CD released, maybe even two splits (we will see). 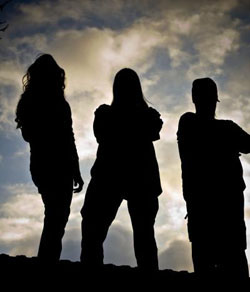 What can you tell me about the metal scene in Serbia? In the last 10 years it started to grow
Now, here we have few promising bands…that could do something. I like groups like Forlorn Wisp, for example, but I also expect something from the band Embrace the Sky. But, anyhow I think that Serbian scene was the most active some 10 years ago. Despite the quality of bands, it was very active with some many concerts, bands, fans… now the things are definitely different.

Do you know any Turkish Metal band?
To be completely honest, not so much…I think, if I am not wrong, Ravenwoods some from Turkey. I remember still the band called Pentagram and their song ”Anadolia”… back then, Century Media promoted them as Turkish Moonspell, but I don’t know that has happened with this group.

Any last words?
Well, I would like to thank you for the interview and the interest shown in Numenor’s music and my activities. If anyone would like to check out some songs from Numenor here is myspace: www.myspace.com/numenorband. Also, if anyone wants to order CDs here is my mail: [email protected]