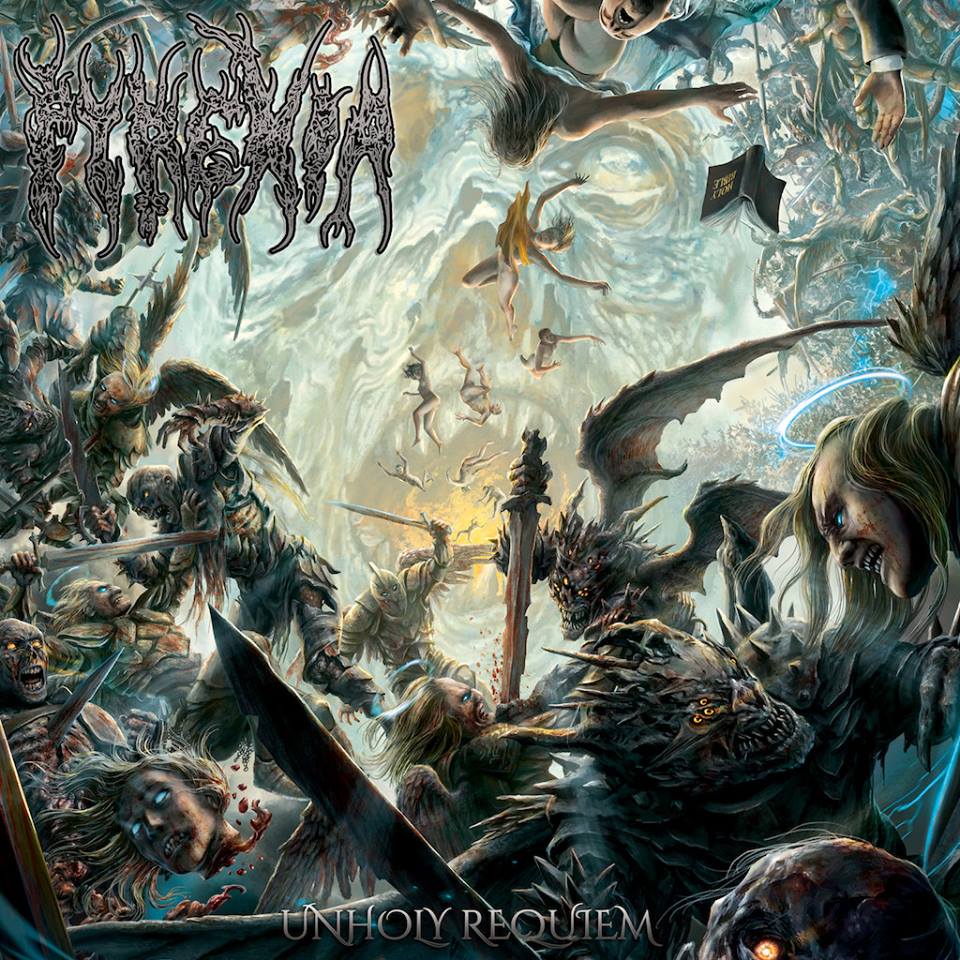 Long standing New York death metal legends Pyrexia have returned with their newest and arguably most devastating album Unholy Requiem. The record, which will see a September 14th release date via Unique Leader, was recorded, mixed, and mastered at Subsonic Audio by guitarist Chris Basile and shows the band returning to their filthy, pulverizing, classic sound.
Basile said of the album, “This album is definitely the band returning to its roots. It’s dirty. It’s raw. It’s punishing. It’s us. It’s a hungry Album and we fed it a strict diet of pain, sweat, and blast beats.“
Not to be dismissed as a simple throwback album however, Unholy Requiem shows that PYREXIA still absolutely dominate the brutal death metal sound that they helped give birth to. These 8 slabs of blistering, pulverizing menace show a band that are still still pushing themselves forward, determined to continue raising the bar for extreme music. This album with all of it’s pummeling groove and signature riff laden violence is nothing less than pure sonic vitriol. PYREXIA have proven once again that they deserve every accolade and have further cemented themselves at the top of the brutal death pantheon.
Unholy Requiem track listing
1. Angels of Gomorrah
2. Blood to Ash
3. Moment of Violence
4. Path of Disdain
5. The Annointed
6. The Fall of Eden
7. Unholy Reqiuem
8. Wrath
Pre-order bundles for Unholy Requiem and new tour dates will be announced in the coming weeks.