I’ve come across you on MySpace. You are defined as two men who make death/trash metal at home. Can you give us information about band?
Well,it actually started out as a solo project of mine (Gordon) back in 2005. I asked my good friend Mike to play bass on it and help mix the tracks. Soon I gave him so many other things to do,it was no longer a solo project and we decided it should be a two man band. 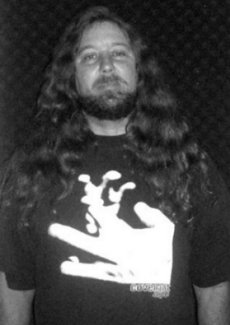 Do you have any label that you send your records? Do you think making album?
Mike is in the process of finishing the mixing for a 10 track CD. We just want to release it ourselves,without any record labels.

When I see a death or trash band, if it is from America, I can be more enthusiastic. What do you think about the factor that provide this success to them?
I think the American bands are more consistently brutal as well as having high quality,plus we have a great reputation for this type of music.

Who do you listen?
Between the two of us we listen to so much different music I would not know where to start.

What are your proffessions in your life? It is for sure that you earn money in this business?
We have no professions! hahaha. And we will probably never earn much money in this band, but we knew that already.

We know a lot about Florida? Have you heard Istanbul or do you have any knowledge about Turkey?
Well,we know Istanbul is a large city…

How is the creation process of tracks. What are your inspirations?
I constantly have musical ideas and spend a lot of time just coming up with guitar riffs and recording them.Then I try to take certain riffs in which I can build a song around.I program the drums and record my guitar parts at my home. Then I give that to Mike and he does everything else except I do the vocals. A lot of inspiration for the lyrics is just releasing anger towards certain people it is better to write stories about it than to actually go out and commit murder and mutilate dead bodies haha 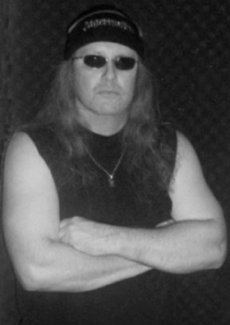 What do you think about America’s wayof works in the world? How is Obama period going?
Through the good and the bad,we are both very proud to be Americans.The Obama period is not going as well as many people hoped it would.Mike voted for him; I did not.

A few personall questions… USA or Sweden in death metal?
USA, but we like many Swedish bands too. We are mainly influenced by US death metal,but some Swedish influences factor in also.

Which one you choose: Obituary – Morbid Angel – Cannibal Corpse?
That’s a tough question. I would say overall Cannibal Corpse because they have released the most good records, but all three bands are legends in this business.

Chris Barnes or George Fisher?
Chris Barnes. Nothing against Corpsegrinder, but Barnes was the sickest vocalist and lyric writer in the old days.

What is the cd/lp that you have been bought lately?
The last CD I bought was “As Yggdrasil Trembles” by Unleashed. I think Mike bought a box set of some sort by Opeth. Both Swedish bands…go figure!

Thank you for your time. Anything that you would like to say?
Yes,thank you for having interest in our band! And thank you very much for this interview! Best of luck to you!