How is the tour going? (You have both festival appearances and club shows.) How did it get together? Was there any special occasion to organize it?
Steve Von Till: It’s going well. It’s only a two week tour (three weekends) and we just like any time we can get out and spend time together making music. So it’s good. We just had some time when we knew we can be all away from our jobs and so we booked it. We called people we knew and tried to get things going.

You live quite far from each other which makes it particularly difficult for you to organize tours, right?
Oh yeah.

Do you prefer touring in the USA or in Europe?
I like both. I like anywhere where we have a lot of people we know and where we get some sort of intense reaction. Certain cities all around the world I like and our audience tends to be very special no matter where you are. 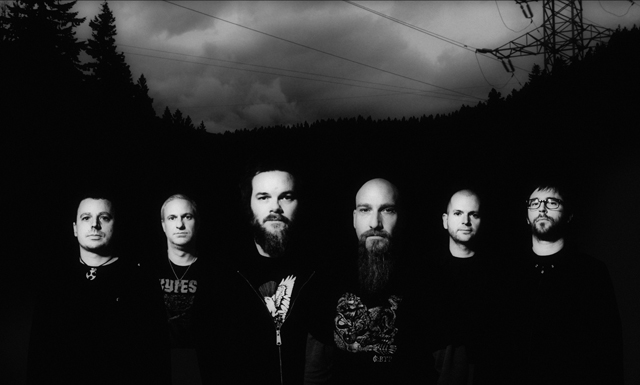 Before Josh Graham, there was another visual artist in Neurosis named Pete Inc.
Well, that’s how we were kind of making it up, using old technology, films and slides which had a certain appeal but Josh is really on another level as far as professionalism, not just doing the visuals for live but also taking charge of making t-shirts, posters, album covers and the video all tied together.

Most band members also play in other bands or projects besides Neurosis. Which ones are most active right now and what kind of releases can we expect from them?
I’m not sure. I think Scott’s working on a solo record, I’m working on a solo record but right now we’re really focused on Neurosis because we have a new Neurosis record that we want to record, hopefully in December.

So when can we expect the new Neurosis album to come out?
Next year. 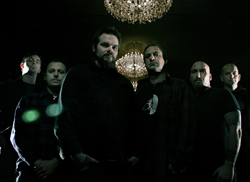 And what is new with Neurot Recordings?
A lot of great bands are coming up. We’ll be working with Ufomammut and Amenra. And there’s a band we’ve been working with the last while, US Christmas (USX) – the solo record of their singer Nate Hall is coming out as well. So between that stuff and the new Neurosis record coming next year, we got a lot of cool stuff coming up.

Recently, Neurot Recording brought out a re-release of Neurosis’ Sovereign. What makes this reissue (or any other one) special? Is there any bonus DVD, bonus tracks etc. added to it?
We tend usually not to put bonus things. In the last couple of years we reissued almost our entire catalog, we’re slowly doing all of them. But I think if you add something like a video, an extra DVD, it puts a time stamp on it and the music speaks for itself and is timeless. And some of the things people add are often rather cheesy. But this one did have because the original Sovereign had some Internet only content and so we took the best sound piece from the Internet content and put that on the reissue just because it seemed like it belonged there. I think what makes them special is simply the fact that we’re keeping our music in print, keeping it available, keeping out there, preserving our legacy so that the people can always have access to our music.

Do you play music in a professional or semi-professional way? I mean, you have been a teacher in school. Do you still do that?
Yeah. We don’t make money from Neurosis. A little bit to help out here and there but we don’t make living from music. Music is what we do for our souls. 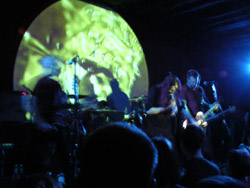 Once the Terrorizer magazine (UK) described Neurosis as the most influential band of the last two decades. How would you comment that?
I have no objective way to agree. We only make this music because we have to. What other people feel inspired by is hard to say. It’s very flattering and humbling to think that people would think that highly of this music because we make it for ourselves, we don’t make it for anybody else. We know it’s not easy music, it’s difficult music. It’s not feelgood music, it’s not party music. So the fact that that many people would find influence in what we do is kind of amazing. I don’t know what to think about it other than, again, it’s very humbling to think that people hold us in high regard. It’s cool.

Do you feel to any extent that most of your fans still consider Souls At Zero, Enemy Of The Sun and Through Silver In Blood the best Neurosis albums?
I don’t think that’s true. I don’t know if they think that or not. If they do they’re wrong because the next one will be the best one. And the best one until now is Given To The Rising because it’s an evolution. And each time we get further out along our evolution and closer to the core, we become more experienced. We have more experience, more wisdom, more knowledge. And we never stay the same and we will never stagnate. We look back to some of the old recordings and we are proud of them but the seem quite silly and juvenile looking back upon them. We can’t even play most of those songs anymore because they seem kind of done. They had their time and their time is over. It’s time for the new to come take its place. And I meet lots of people. When you talk to Neurosis fans everybody has their favorite record. For some of them it’s the new record, for some of them it’s The Eye Of Every Storm, for some of them it’s The Sun That Never Sets… That was really the time when we discovered ourselves. We were just young men becoming what we are now. Now we’re much stronger, much heavier and much deeper. 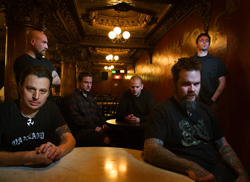 Do you agree if I say that Neurosis is music, art above any categories?
Yes.

Your music might as well be a soundtrack to the end of the world.
It’s the soundtrack to our life and I hope it’s not the end of the world. You never know what it is. To me, it’s the soundtrack of overcoming adversity. Endings are new beginnings, every thing cycles around itself. I think the apocalypse is not a single event, it’s a constant energy. Things are always dying and being reborn. It’s understanding those cycles and recognizing them and trying to live in this world of distraction and things that are not real, things that are illusion. You have to look for what’s real when you’re a thinking, feeling human being and to think about what our place here is and why we spend so much time with bullshit instead of things that are real. To me, it’s the soundtrack of all of those things: all of the pains, all of the loves… All at once.

Do you believe in the end of the world? It’s not the end predicted for 2012 or all those conspiracy theories I mean but the way we have been destroying our environment. Do you think this process is still reversible?
Maybe not for people but I don’t know. The Earth will survive, it’s just that we might not make it survivable for ourselves. People are just little teeny piece of earth time.

Obviously, we have to live in 2011, like it or not. But when do you think the last time was when human life on Earth was in balance? And when did it all go wrong?
I have no idea.

Besides your music and live shows, what do you think your legacy and message to posterity is?
I think the music is the legacy and it speaks for itself. If I could explain in words what the music explains, I would be a writer, not a musician. I’m not a philosopher, not a writer, I just make this music that comes from the heart. I think our legacy is people will know we were true to what we wanted to do, that we were honest, that it was intense and heartfelt music and we gave it everything we had. That’s all you can do.

How do you view the future of Neurosis? Will you still release albums, will you still do live shows, tours etc.?
Till we’re dead. Till we die.