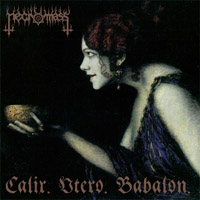 Recorded at Nadir Music Studios and produced by Funeral Industries, it represents the official comeback for the black metal cult band, 17 years after the last full lenght “Abyss Calls Life” (1996). An evocative portrait of Tilla Durieux as Circe, made by German symbolist painter Franz von Stuck in 1913, has been chosen as album cover. In the meantime, the band is planning next gigs to present  their new evil compositions and to kick asses in the International scene.

NECROMASS – “Calix. Utero. Babalon.” Preview can be seen below.