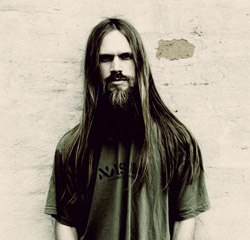 It looks like Miseration includes lots of different bands’ members, in other words, it can be said that lots of bands have Misreation’s members =) Can you explain the structure of Misreation in a few words?
Marcus: Your observations are correct! We are all very busy musicians. Myself (Marcus Bertilsson) and Johan Ylenstrand also plays in Inevitable End and The Weakening. Jani also appears in The Weakening and he, Rolf and Christian is in Solution 45 aswell. Christian has his fingers in alot of other deathmetal/metal acts and always seems to has some new project up and going. I have a few of those myself aswell, including such different things as progressive rock to swedish native folkmusic and coverbands. Rolf plays in like 50 bands and projects in finland and is the only one of us that at the moment lives on playing his music. Johan is also in Exhale.
So if we want to we could make a large list of namedropping here.
However Miseration works like any other band but also very different. For example, the first time we all met eachother was for the photo session for the albums. That was also the time that we signed the record deal with Lifeforce Records. We have done two albums, about ten shows and five rehearsals. And we also talk alot with eachother by msn, email and facebook. Hehe… That’s about the structure of Miseration.

You have exactly a technical and brutal sound, and has the taste of American Death Metal. But also we can see melodic parts in your songs. How can you describe the music you’d like to perform?
Well, it is set to be bone crushing, pure fucking deathmetal, but still we do not want to be just another band in the oh so long line of copycats just playing as many technical riffs as possible. We want to make somekind of impact besides brutality. The songs themselves are more important than instrument masturbation. We have taken away the clean vocals but we kept a melodic approach in some of our riffs, mostly in the guitar work. These melodic lines are often rather dramatic, alittle bit like film music maybe. Let’s see in wich direction the songwriting will take us for further releases. 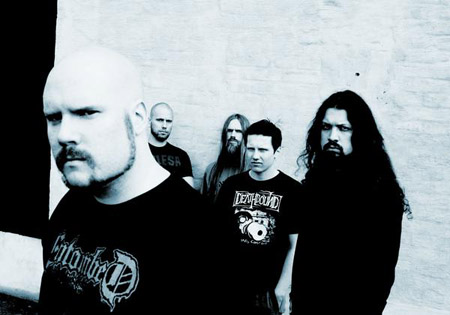 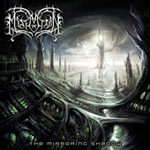 ‘The Mirroring Shadow’ can be considered as a new album, which of its cover expresses its concept. Are the origins of your cover art from your lyrics themes?
Man, I wish I could tell you anything about this but I think that it’s just a cool coverartwork wich Pär Olofsson has made for us. I have nothing more to say about the cover other then it rules!

While lots of death metal bands construct their lyrics on gore elements, why did you feel the necessity of builfing your lyrics on war?
As stated earlier, things often works a little different for us then for other bands. The lyrics for the Mirroring Shadow is not written by us ourselves but by Pär Johansson (Satariel, Torchbearer) who is a long time friend to Älvestam. He has also done our logo and the cover of the first album. This time he has been our lyricist. Älvis (as I like to call him) is a rutined vocalist who is keen of challenges so the lyrics has been written without any input from the music. Then Älvis more or less improvised vocal arrangements in the studio. 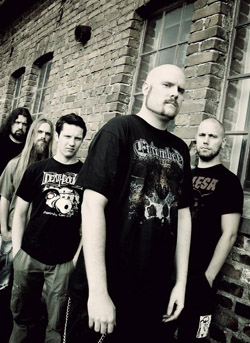 ‘The Mirroring Shadow’ has become one of my favourites, and alos took a high point from my critic. How is the overall reaction from the metal scene?
So far we have had only good reviews and some people has even labeled us as the new Morbid Angel. That is a good grade I believe!

When I take a look at your recording session videos, I’m impressed with the Oscar performance of Jani. He looks like gifted in these cases =) It looks like a good way to leave stress, how was the recording sessions?
It was very sweet and relaxed. We know Plec from earlier and he is a very nice guy. And the surroundings of studio Panic Room is more then relaxing. Imaging for yourself how sweet it is to record some kick-ass brutal deathmetal all day. Have a beer and watch a movie, then go out late on the evening and say hallo to some sheep on the other side of the road or go and have a look at the neighbours tractor! Swedish countryside is awesome!

I couldn’t see any tour dates on your site, are there any plans for that?
We are working on this. Hopefully we will be going to do some tours! If you want us to come play just contact us on myspace and ask us and we’ll see what we can do!

There’s only one year between your 2 albums. Do you have any plans to release an album in 2010?
Well, we’ll see what happens. But I might guess that next album will be out in 2011 maybe? Shure it would be sweet to record a new album and release it this year but the truth is that Your Demons- Their Angels are from 2006 originaly. So it has not only been one year betwen. Next album will come when we have written some new quality song material that we are enough satisfied with to record and release! 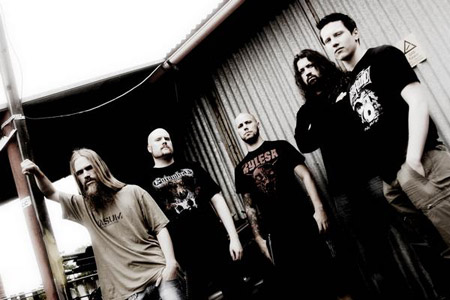 That’s all what I want to ask. Any additional comments?
Be yourselfes! Go and see us when we play, buy our albums and merchandise… And remember that there is nothing wrong with being violent… Or is it?