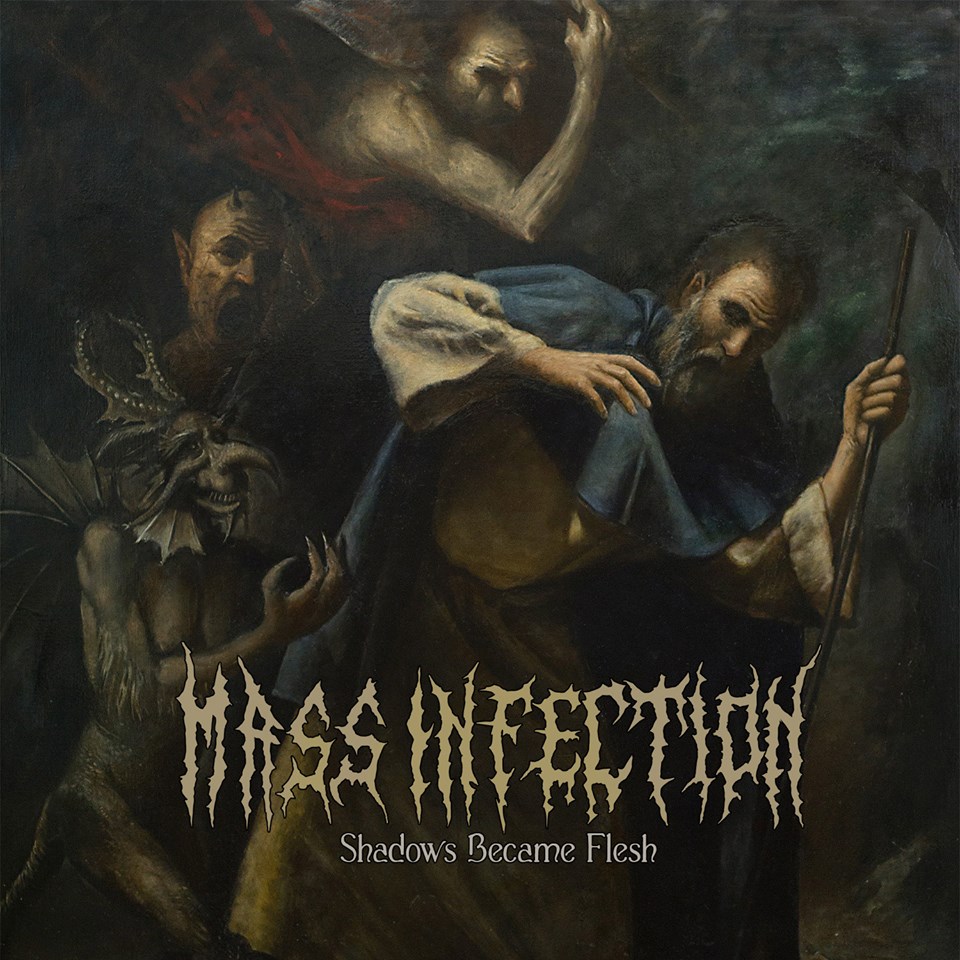 Mass Infection are set to release a new album, entitled “Shadows Became Flesh”, on the 7th of December 2018 via Comatose Music. Recorded and mixed once again at Infected Studios in Livadia, Greece, at the end of Summer and in an overall process of a month. Our fourth full-length release was mastered by Alan Douches at West West Side Music and consists of 9 new songs, featuring a fantastic cover artwork by the Greek painter Maximos Manolis!
Coming four years after its predecessor, “Shadows Became Flesh” brings along new elements, sounding completely fresh and unlike any other album in the band’s history.
This time all music and lyrics are saturated with a nightmarish atmosphere, new riffing styles and patterns have been added, fitted with Giulio Galati – Drummer relentless drum pummeling and explosiveness, as his unquestionable skills have raised the band to the next level!
Lyric-wise, new ideas were conceived to match the darker sound: themes regarding dreams, mystical visions,
hallucinating experiences and images of otherworldly entities focus on a personal perspective on encountering the realms of the beyond, thus leaving behind any old subjects and marking a different era for the band and a path most likely to be followed in every future attempt.
Tracklist:
Ominous Prevision
Demise Of The Almighty
To The Lords Of Revulsion
Oath To Nothingness
Enduring Through The Apocalypse
At One With Demon Dreams
Spiritual Entropy
The Merging Of Infinities
Shadows Became Flesh
Updates and details regarding preorders are soon to follow. Videos from recordings and a brand new song will be uploaded as well, so keep your eyes open for more! Expect nothing less than obscure and ominous brutal death metal that will melt your face!

CORPSESSED ''Impetus of Death'' due out in November