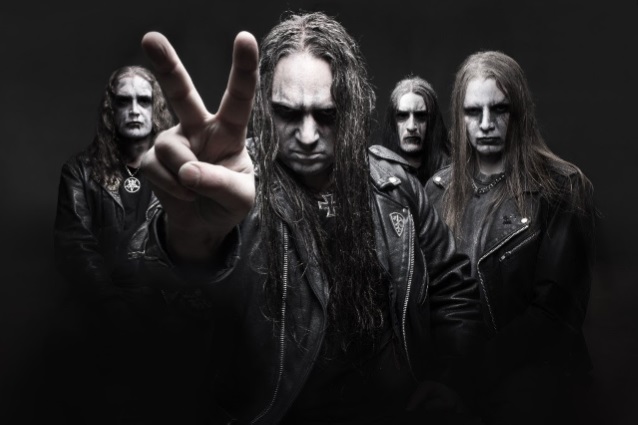 Billboard.com reports that MARDUK has been banned from entering Guatemala for being “Satanic.”

The congressional decree banning anyone involved with the group known as MARDUK was approved Wednesday by an 87 to 13 vote. Independent lawmaker Oliverio Rodas commented that the group’s music is offensive to “the morality of the Christian people of Guatemala.”
However, opposition lawmaker Eva Monte Bac argued that the ban violates the constitution, accused colleagues of being “hypocrites.” She asked why reggaeton music with misogynist lyrics or narco-ballads that glorify drug traffickers have not been banned.
The band was supposed to perform in Guatemala on October 11.
MARDUK‘s latest album, Viktoria, was released on June 22, 2018. The album’s lyrics follow in a similar vein to some of their previous albums, focusing on historical World War II lyrical themes.
Source: Billboard.com – Metaladdicts.com