Yes, I had asked in terms of general living and musically. What are the recent progress and innovations with the live shows and recording?
At the end of last year, we started recording our full length debut album. In April of this year, we arranged a 2-week tour to promote it, across 2 provinces. Then we took part in a metal festival. Nowadays, we are focusing on gigging locally and writing new material. A new album is in the works. 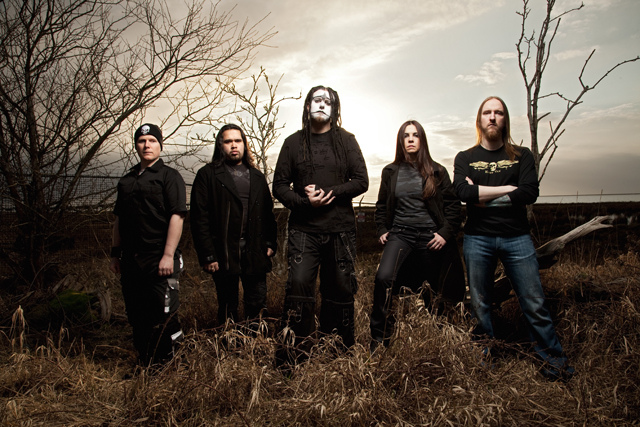 I think in a couple of days you will have a show. What other bands will take part and what kind of an atmosphere do you guys expect?
The other 2 bands are Kymatica and Nihilate. Both are Vancouver based bands. We are expecting to have a very good turn out. The last time we played in Vancouver was in April, so it has been a while since we’ve had a chance to meet with our local fans. And the venue we will be playing at is one if the best venues of Vancouver. We are all looking forward to August 31 to clear our eardrums. 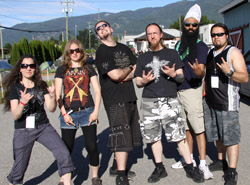 If we go back to beginning, your band has members from England, Ireland, Turkey and Canada. How did musicians who were born in so different countries end up under the roof of Lethal Halo? Could you please tell us with your history?
In the beginning of 2008, I was playing in a cover band. When I decided to form an original band, that band’s bass player joined me and we started to write music and place ads online. Our singer Duke has joined as at the very beginning by replying one of those ads. For months we continued without a drummer with determination. At the beginning of 2009 Allan joined us, again through another site online. After a few member changes, again all through online ads, we finally reached the line up of today. But I can say Craigslist has been our biggest helper to find each other. We are all from different countries but we all live in Vancouver. Our origins affect only our music. 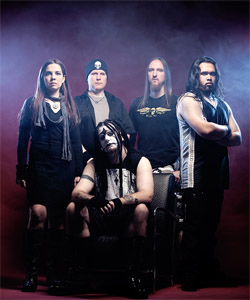 When I look at your biography, you describe it as melodic metal influenced by European melo/death, American thrash and nu-metal. When someone who doesn’t know you asks about what genre you guys play, do you say Melodic Metal or is there another name you use to define your music?
Frankly the question of what genre we are in is the hardest question. We call our music Melodic Metal but everybody listening to us finds a different genre suitable for us. They called us Melodic Death, Melodic Progressive, Metal-Core, we were categorized under almost every genre. As every band member brings something from a different genre, we are having difficulties in putting it under one category. Because when we are writing, we are not worried about what genre we are playing. We put anything we want to a song. Generally speaking though, as our riffs are pretty melodic, we call it Melodic Metal if we need to define our music.

Yes actually, there is also effects of Metalcore, it is a different blend with Melodic Death and Progressive. Also, who writes the lyrics and can you summarize us what subjects you touch on? Did this album has a concept?
Duke writes all of our lyrics. The lyrics are mainly a social and personal commentary. Songs like ‘Necessary War’ and ‘Sovereignty’, reflect upon a society that is stretched to its breaking point. The lyrics paint the ideal of a unification of cultures and aim to promote awareness of political rat traps. Other songs like ‘Struggle’ or ‘Apathy’, reference more of a personal or internal struggle with the constant growth and change within one’s mind. Infected is about zombies. Then there’s Constantine, which is about a comic book character. So we have very different subjects. 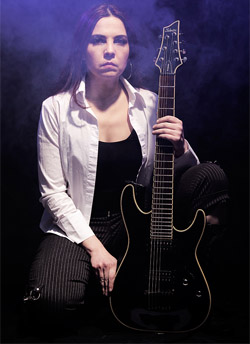 In the band they call you Sultan of Metal. Where did this nickname come from?
The word Sultan is a word I like. Metal music is very male dominant music style. I play guitar for more than 20 years but there are still people who are surprised when they hear that I play guitar. I personally think gender shouldn’t have any affect on music. A band which consists of just gals (I did play in bands like that), or to use "with a female drummer", "with a female bass player" to introduce a band is changing the focus to a wrong place. Because of that I like the nickname Sultan. It is used both for men and women. And in history there has been really strong and effective female Sultans. In a way secret female power behind the curtains.

I am looking at your old show posters. You opened up for a great band like Death Angel, in some of the shows you were the headliners where the opening bands’ style are more extreme compared to yours. What is the effect of playing with such extreme bands for the audience? How are the Canadian listeners?
Frankly at what order you are playing is not that important. Some nights, you could be the headliner but most of the audience will miss half of the set as they need to catch the last train or seabus. And your fans will come regardless anyways, whether you are the first or the last band. In almost all of the shows we played here we played with bands with totally different genres. Some of them, as you said, were extreme metal. Some of them had a softer style than ours. But generally the audience is open to different genres. They stay and they listen. And here there is a huge community that supports the local music scene. When you go to a show, you would recognize most of the audience. You had probably seen them in another show before. 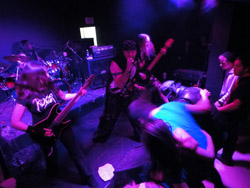 If you have a European tour, are you planning to include Ankara and Istanbul in the list? Shortly, do the metal fans in Turkey know you?
Frankly we are expecting your support. The promotions we can do from here are unfortunately limited to what we can do on the internet. Of course a European tour is something we want and are planning for. And I cannot imagine not coming to Turkey once we fly over the ocean. We already have a small fan base in Turkey, but right now it is not enough to arrange a tour there. The important thing is marketing, reaching the right people, and as you said, making the metal fans "know" about us. We are working on it but it is too soon to say anything about the timing. Besides, I have been telling about Turkey and Mediterranean to my band mates. If we come, it won’t be just for a couple of days. Once we cross the border, we would have a longer trip in Turkey.

It can be a tour or a vacation, he he. You know, there isn’t much organization happening in Turkey other than in Istanbul. However lately there has been several small concerts in other cities as well. Bands like Anathema and Haggard have a following in places other than big cities so it is not a problem for them. As one of my last questions, a classical question: As a Turkish how does it feel to make music in a foreign country? I think there is a Turkish guy in Anatolian Wisdom as well. Are there any other Turkish musicians there in Vancouver?
Frankly I don’t see any impact of being Turkish in this scene. As I mentioned before, it only effects our music. Canada is country that has people coming from different parts of the world anyway. In a way, everybody is a foreigner. And of course there are other Turkish musicians who play metal. I don’t know all of them but I met a few while getting replies to the internet ads. I also see Hanefi from Anatolian Wisdom once in a while at metal shows. 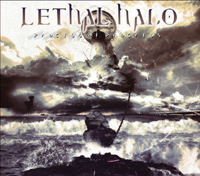 If we go back to your last album, your singer has a joker-like make-up in your promo photograph. Is there a reason for that? And who is the creator if the album artwork?
There is no specific meaning, it is a stage look. Even though not for every show, he uses face paint up for some of the shows as well. Our drummer is the designer of our album artwork, actually all of our artwork. It is a huge advantage to have a visual talent in the band. From website design to t-shirts, from show posters to album artwork, Allan does them all. For example we have shirt designs that are loved by our fans. We just had our 5th design printed, and we only have 2 of those designs available in our hands. I am planning to distribute some shirts to the metal stores in Turkey so that our Turkish fans wouldn’t need to pay for the shipment. We have samples on our bigcartel site: lethalhalo.bigcartel.com

Lastly, what would you say to people who are just meeting you and want to follow up what you are doing?
I hope who listens to us will like our music! We try to post what we are doing on our website and facebook page. They can follow us and they can mention us to their friends. We would like to reach more people so that we can come. We love to write and play music, but the best part is of course to share. More fans, the better.