Hails to Spain. The rock solid album which is called "Path of Forgotten Souls" has been released yet. First I congratulate you. This is your first full lenght album. How are the feedbacks till now? This album had very positive feedbacks from me and I don’t think that anybody told something bad, is it?
Lalo : Thanks a lot, we are very glad about the sucess of the album. By the moment we have recived very positive feedbacks, It seems that the people are enjoying the album. It sells very well too. 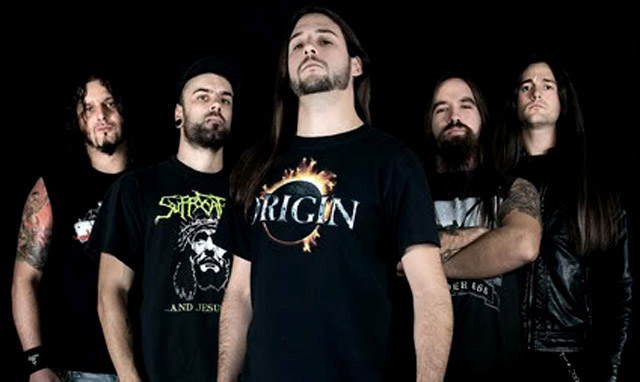 How were the feedbacks to ”Demon 2007” and ”Land of Empty Graves” which has been released in different formats? Did you have any special comment? As I know, ”Land of Empry Graves” was released several times, finally as ”Limited Edition”, I really wonder this Ep and the comments about it.
We have recived very positive feedbacks with our previous launches from the public and press. There´s a very simple reason for the double launch of “Land of Empty Graves”. The record company was very delayed with all the work related to the record, so we decided to make a few changes in the design and the sound in order to improve our presentation. “Demon 2007 was launched in cassette, all of us spend a lot of time listening to music and we used to talk about the idea of record our own music in a cassette as the classic bands use to do. 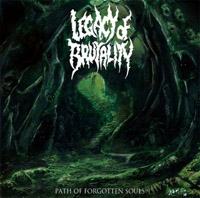 The album called ”Path of Forgotten souls” doesn’t seem to be an album of a band which is formed in 2006. It has the quality of music and production just like the legendary Death Metal bands in Florida. I think you’re experienced musicians. Can you tell about your other bands?
Our more experienced member is Borja, he used to play in bands as “ La Destilería”, “Redada” or “ Replica” from the middle 90´s to Nowadays. He spend many years dedicated to the guitar, he´s really nice. Javi our drummer, starts to play drums in a band called “Stigmata”7 years ago. Was in that band where Yoye, our rithm guitarrist, starts to play the bass guitar as well. From the begining of “Legacy of Brutality” Javi has recorded with a lot of bands as session musician, bands like “ The last Twilight”, “Cathexia”, or “Sound of Silence”. At the begining of 2007, Legacy of Brutality was the first band of Lalo and Simón, but they formed “Road Roller” with Jorge Carbajales, a new Hard Rock band in wich Simon plays drums and Lalo plays the bass guitar. They launched their debut album “we rule the road” in 2010 and their new single “go with the flow” is coming. 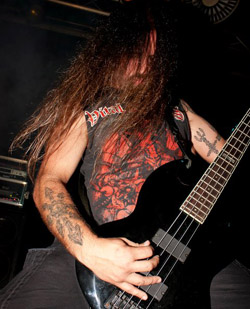 The production of the album is made by you (Lalo), I think you are experieced on making production…
By the moment, I have made the production of all the albums of “Cathexia”, “Legacy of Brutality” and “Road Roller”, the debut album of “Rise of Fury” and the new LP of “The last Twilight” wich is gonna be launched in September by Drakkar Productions ( Impiety, Corpus Christy, Watain,..). I realiced all that work within the last two years and I learnt and improve in all of them. If I worked now in that records, I think I would do better, so I can´t wait for new works in order to improve my works and my style.

In the album, the lyrics tell about the war. While you’re writing lyrics are you being influenced by the wars that occured neraly or still continuing, or by the history?
All the album’s lyrics are focused in one way or another way to death. For example, the title of the first song is “Death is coming”. This is very revealing of our intentions. We are the death!!!! Jajaja. Death is part of life and nobody can avoid it. Other songs talk about the struggles in the Roman Colosseum (Beyond the walls of the Colloseum), traffic of organs (Martyrchrist), lost souls who can not find the way of salvation (Path of forgotten souls), etc. All the lyrics talk about death in general dealing with different topics. But I think the case you are referring to is the song that closes the album, ¨ Memories at war ¨. This song talk about the World War II. The letter was written by Simón. All letters are usually written by him and/or Borja, but all the concept is from Legacy of Brutality.

There are also some guest musicians in the album. Can you tell about them for your readers?
In Path of Forgotten souls collaborates two Vocalists, a keyboard player and many gladiators. Chez García is a prestigious Keyboard placer who plays keyboards since many years ago. He have placed in a lot of bands, but nowadays, he is playing in “Avalanch”. He Works in his own recording Studio in our town. He composed music for Tv spots and more. Is for that we proponed to him to make some musical arrangements in our Record, and the final work was really nice. Abel Suaréz have sung in “Beyond the walls of the colosseum”, he made the art desing of the cover as well. Severot the “Hell voice” is the vocalistof “Carnivorous Voracity”. The voice of tha Gladiators are people from “Edoneh”, a deceased metal band. The intro of the LP, was recorded and compsed by Henrik Larsson, a very great keyboard placer and productor (God Dethroned, Amon Amarth, The haunted) He recorded the intro of the previous EP. 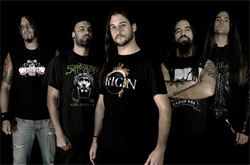 I think Spain is a country which is exposing some legendary Death Metal bands through underground scene. How is the scene in your country nowadays?
Nowadays in our country, bands are more envolved in Brutal death, grind or something harder, there´re no many Death metal bands. But there´re few nice bands I can recomend you: Loocking for an answer, Gorydelivery, Impure, Brainwash, Upcoming Of Devastation, Nashgul, Brocken Gravestones, Ephimeral, and much more.. Expecially I can recomend you Carnivorous Voracity, The last Twilight and Cathexia.

How is the situation of Legacy of Brutality in this scene now? Do you have a local audience crew?
We are very happy with the people response in our shows, there a lot of people who use to go to with us very often and they enjoy a lot with our music. We fell specially well-liked in Galicia and the North of Portugal, where we use to play very often.

I feel the heavy seriousness and respect of Death Metal in your music. To explain it; you know, there are some bands which are very amusing and they are making smile while listening. But I really respected while listening to the album "Path of Forgotten Souls". It makes feel like ”be careful, that’s DEATH METAL”… By which bands did influenced and obtained this presence?
As you say, we sound like Florida classic death metal bands. We don´t looking for nothing new. Our main objetive is to compose good death metal songs. You can hear a lot of influences in our music from bands like Malevolent Creation, Brutality, Sinister or Morbid Angel. All the member in the band enjoy with those bands, so, is very easy for us to compose music in this way.. We work hard in order to play our music live as brutal as possible.

How is your relationship with your label? Is there any concert/tour plans?
We have our own label. After our previous problems, we decided to launch our records by ourselves in order to take part in all the things related to the record, production and broadcast. Is a very hard work but you can in your way and whenever you want. Talking about concerts, in september we´re gonna make some shows at festivals and alter that we´ll work as hard as possible in our next album..

I watched your studio performance in the video which you put in Youtube, and I don’t think that it will be worse on stage. I think the people who couldn’t see you on stage must also see your live performance anyway… How do you think about releasing a DVD?
It would be very nice to record a live dvd and we hope to do it as soon as we can, but is not possible by the moment. It´s a great idea because most of the people enjoy a lot with our shows, even more than listening to our records.

Those are all my questions, thanks for giving time. Hails to all Death Metal Heads in Spain. Is there anything that you want to add?
Of course, I would like to thank you for your time, is because this type of thing we can get to places as far away as Turkey. I only hope that one day we meet, take some beers and you can enjoy of Legacy Of Brutality live. Thanks!!