The Death Doomer LAPSUS DEI have returned after a long silence of three years since their last album released this time under the Chilean label AUSTRALIS RECORDS.
“SADNESS REFLECTIONS” the title of this new album of 13 tracks in which it demonstrates a more mature and developed sound, dominated by rhythmic and harmonic sounds in conjunction with violent and heartbreaking breaks, all topped by growls and wrenching vocals.
“We are looking for an own sound and at the same time, our old and new fans can identify it as our style”, says its leader and founder Rodrigo Poblete, “we wanted to make a conceptual album, but didn’t sound boring or pretentious, and honestly I can say that it achieved to identify what we really wanted”.
“SADNESS REFLECTIONS” is not a taken lightly album or appeared out from nowhere, in addition to the participation of five current members of the band, it is included the support of VIKA YERINOYEV (Pianos), ALEJANDRA LAVISSE (Violins and Violas) and FERNANDA AURISTONDO(vocals) for this recording. The actual line-up is JULIO LEIVA (Grunts and Vocals), RODRIGO POBLETE (Guitars), JORGE ALQUINTA (guitars), JUAN JOSE ULLOA (bass) and GABRIEL CARREÑO (drums)
Another aspect is the main art for which was elected the Czech master of visual arts VLADIMIR CHEBAKOV. 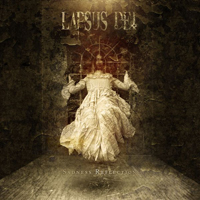