Candlelight Records confirmed October 26 as the North American release date for The Isolationist, the new album from KRIEG. Recorded at Volume Studios in Chicago, the nearly hour-long album will challenge the listener with its primitive yet complex sound. It is KRIEG’s sixth full-length recording, and the first since 2006’s Blue Miasma. 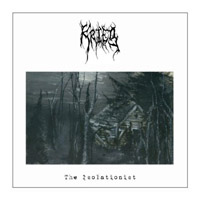