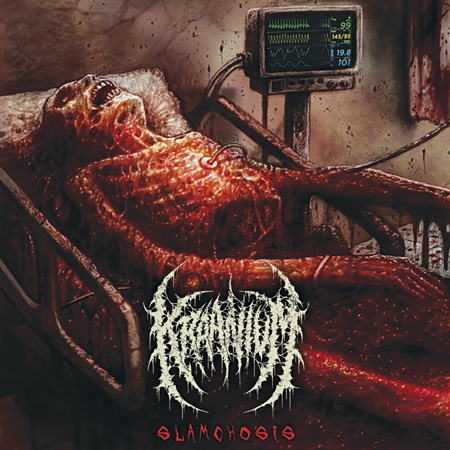 On October 26, Comatose Music announced the premiere of a new album of uncrowned masters brutal slam death metal from Kraanium entitled “Slamchosis”. As we read in the press release: “Slamchosis contains 10 pieces of bubbling brutality, which is everything to a new level of madness.” Here you will find vocals that drain the pathogenic sewage, riffs that crumble foundations and disturb those who have been in graves for a long time. and the twisted lyrics will make you choke either with laughter or with your own vomit – depending on how your sense of humour is depraved. “On this album, Kraanium reaches new heights of precision and at the same time dips deeper into the abyss of horror.”