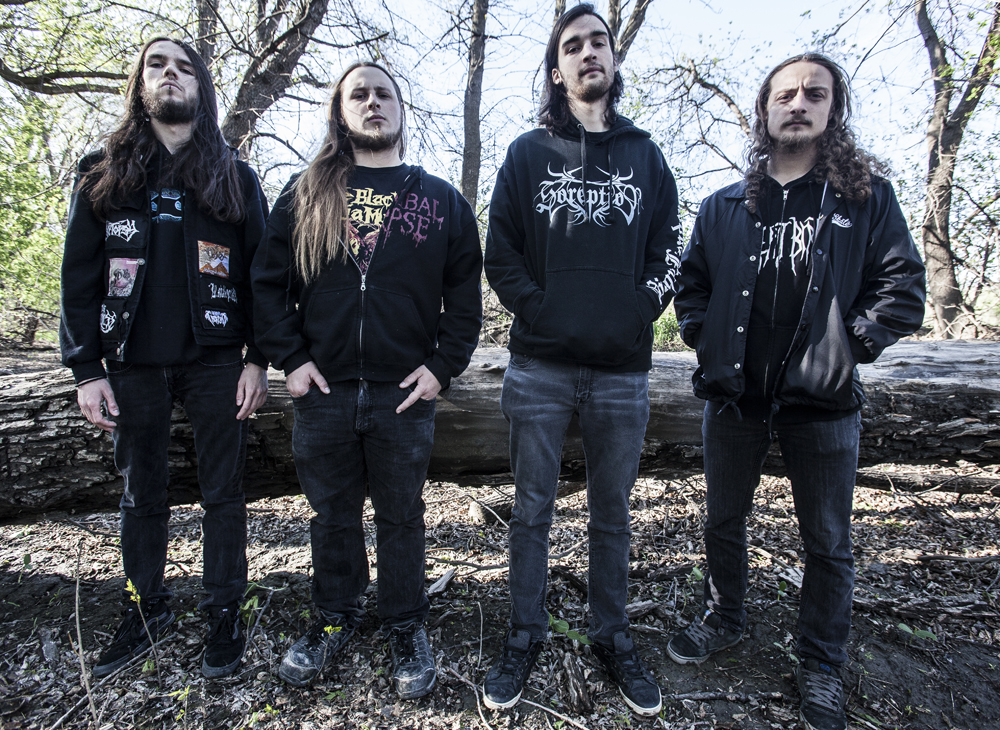 Producing technical groovy death metal rooted in musical duality and lyricism, Winnipeg, MB’s INVERTED SERENITY are streaming their new single ‘Elemental Abyss’ off their upcoming album ‘Integral’ due out on October 9th to follow up their 2013 debut ‘Manifestation of Eternity In A World of Time’.
https://invertedserenity.bandcamp.com/track/elemental-abyss
The band comments about the track:
“Perhaps our most mature and technically structured songwriting on the record can be found in Elemental Abyss. This song comes out of the gate with a full speed technical thrash pace that unfolds itself into larger layered riffs all while maintaining a mid-paced headbanging groove underlying the majority of the song. Heavy and polyrhythmic riffs are explored akin to the sounds of bands like Decapitated and Meshuggah. A 7/4 time signature is played while Marcos vocals push the thickness of the song along. Tomas’ massive sounding screams lead you into the auditory abyss we specifically placed as the final stretch of the album. The themes explored lyrically are tied into the unknowing of our oceans on Earth, which can be paralleled to the unknown depths of our emotions inside of us. While we are immersed in this material world structured by the elements, through discernment and letting go of the weight of physical reality, we are immersed in the fractal nature of reality and its infinite depth.”