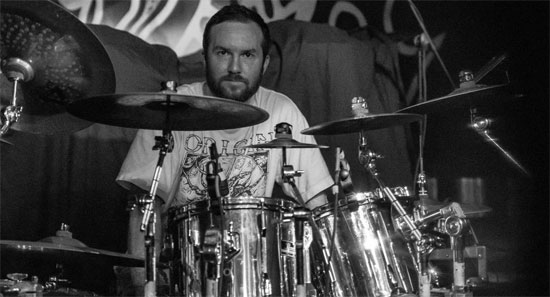 As most probably remembers, April 20, performing his fire service Bill Tolley – Internal Bleeding baton, he died tragically. Although many people wondered if the band would work after this traumatic tragedy, they hired Kyle Eddy, who was originally Kyle Eddy, and after just a few weeks tried to play the entire US tour with Vader alongside him. Kyle has earned enough of the sympathy and trust of the entire team that they finally offered him a permanent engagement as a drummer, as Internal Bleeding has officially announced in social media.
Kyle Eddy has previously played for Internal Bleeding on the album “Onward To Mecca” (2004). The proposal of a permanent participation in the ranks of the team was adopted as “honor”.