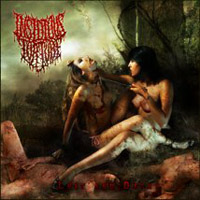 Sevared Records has announced the signing of Melbourne, Australia-based brutal death metal band INSIDIOUS TORTURE for the release of the band’s debut EP “Lust And Decay”.

The cover artwork for “Lust And Decay” has been done by Studio Phlegeton and is by the label described as “amazing sick”. The album will be out somewhere in Summer 2010 with a full length to follow in 2011.