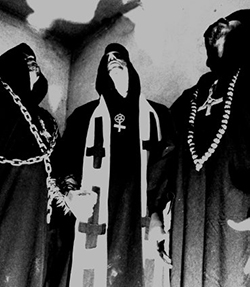 Hello Erik, how are you ? I guess you have just backed from world tour, is it hard back to your daily life after the tour ? So what are you doing these days ?
Hi brother, Im fine here in Sri Lanka having some break time until I go back to Argentina. I got many comarades here in Colombo from the local metal scene.

Firstly i want to ask about your Turkey show, What would you like to say about Turkey ? Do you like here ? Did you see any hystorical places ? Tell me what you think about our country?
I didnt expend much time in Turkey like to say much about it. But while walking around Istanbul I found it absolutly interesting. There are lot of historical buildings, mosques, ancient places. old street, passages and stories. I should visit the country again and try going other provicens too, specially in the asian side.
Turkey indeed is a country with a very interesting history and culture, and Im a person who is always seeking and researching into that both topics.

Did you satisfy from Turkish metal scene? Any strong memories about it?
Turkish gig was both, good and bad. Good, because we put all our energy and power on stage and while playing we can fell the aura of a real underground gig. We also finally meet there some people we were in contact which but that never seen in person before.
On the other side we have a really bad moment because the organicer rip us off! Yes, for the first time in all that years playing gigs , it is the first time we meet a rip off…
he say he have no money for paying us the accorded fee for this gig. Also he say he is broke and also cannot pay hotel and bus to Bulgaria. Money comes and goes but he will be forever a shame for the turkish scene. 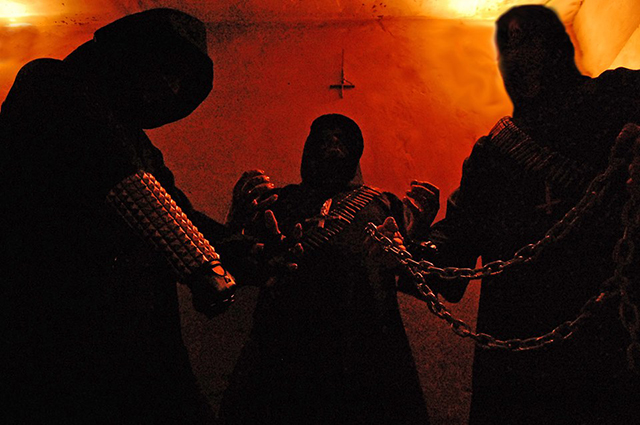 I think you started the tour from South america. Tell us about the whole tour. Best country for you ? best metal scene for you ? And tell us about good or bad memories.
We toured some parts of South and Central america some years ago, in 2013-2014, but the last tour “Rites of Fire and Steel” took place in Colombia, Ecuador, Argentina and then some countries from south-east Europe and Asia.
Southamerica is always a good place for playing underground metal if you work with the proper organicer. As for Europe I didnt expect much about playing in Bulgaria and Macedonia, but it turned out very well, the public was great and the organicer (Yosif Micoff) done a good work. The best from Asia was Japan and the Philippines.

You toured on islamic countries also. Any problem happened with?
No problem at all but while playing in a very radical-islamic place called Kelantan (north-east province of Malaysia) we were asked not to use corpsepaint and play a short set. If the police know about a black metal concert in this city we were really fucked… 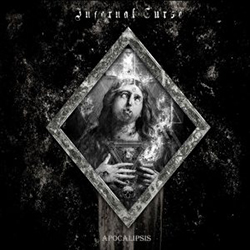 During your tour,your new album Apocalipsis out. LP by Iron Bonehead Prods and CD by Kill yourself prods. How are the responses from fans for new album?
We are satisfied with the result of the album and be satisfied ourselves is what we really cares. No website review is more important than our own conviction.

Like i said to you at the concert,I like Awakening of the Damned album but you are into chaotic sound on last EP and Full-Lenght album. Is this your new sound and style ? What could you tell us about this.
It is true the Ep and second album sound is more chaotic and brutal. Awakening of the damned is more into old and mistic sound. Maybe you should give the new stuff a time to catch it atmosphere.

Tell us about your other projects.
Some other bands like Nocturnal Evil, Necrocarnation…and my writings in Baphometal Zine.

Last words?
Thank for the interview.