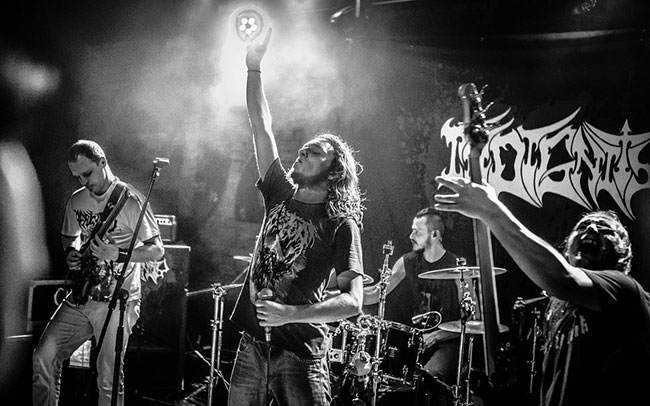 Brutal death metal band INDIGNITY originated from Rybnik/Poland signed deal with Latvian Sliptrick Records, which release in September . They promised to release their debut album, “Realm of Dissociation,” which they wrote earlier, was produced at Orion Studio under the guidance of Daniel ‘Azar’ Arendarski. The design is made by Pachu Design.

New DESULTORY song is online ''In This Embrace''