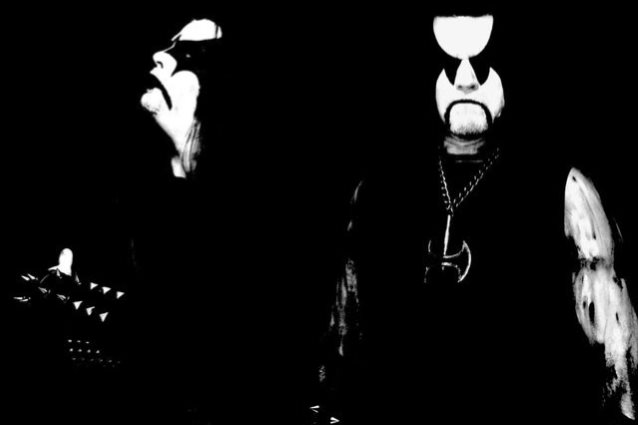 Norwegian black metallers IMMORTAL — now consisting of lyricist/guitarist Demonaz (real name Harald Nævdal) and drummer Horgh (real name Reidar Horghagen) — will enter the studio in January to begin recording their ninth full-length studio album, to be released later in 2017 via Nuclear Blast.
Said IMMORTAL in a statement: “The songs have been ready for some time, but we wanted to record it at the right place and time.
“We will once again work with Peter Tägtgren at Abyss Studio who produced our four last albums.
“The band will enter the studio during wintertime to have the right atmosphere.
“We look forward to record and present the new album to the IMMORTAL hordes sometime in 2017.
“The tracks that will appear on the album are: ‘Northern Chaos Gods’, ‘Into Battle Ride’, ‘Gates To Blashyrkh’, ‘Blacker Of Worlds’, ‘Where Mountains Rise’, ‘Grim And Dark’, ‘Called To Ice’ and ‘Ravendark’.”