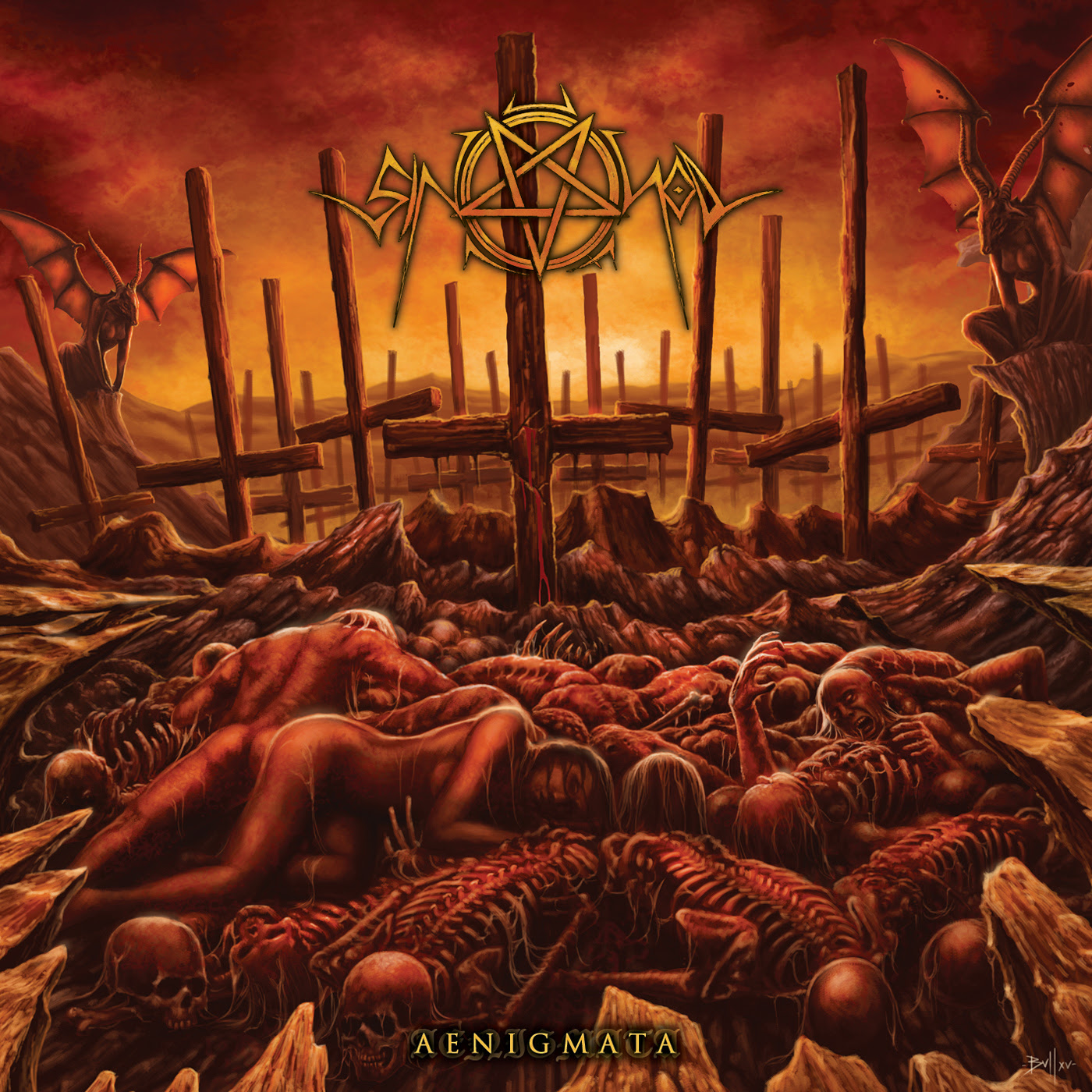 Sin Of God was founded in 2004 at Ambrózfalva, Hungary. The intention was always to create forceful and fierce death metal music. The band has played many concerts within the Hungarian borders and did its first European tour in 2016 with Portuguese Holocausto Canibal.
Aenigmata is the band’s latest release, a merciless, destructive Death Metal album in its finest form. Inspired by the occult writings of Alchemy and the dissection of the faith in mankind, the album delivers much darkened and more ferocious sounds than the previous releases. Having a close kinship with bands like Morbid Angel, Immolation, Nile, Behemoth, Krisiun, Dead Congregation and the likes in terms of sonority, the opus is a perfect blending of unilluminated Traditional Death Metal & remorseless Brutal/Technical Death Metal.  The 09 tracked album is likely to be embraced by the fans of OSDM & Dark Themed  Technical Death Metal.
“I see Aenigmata as a complete solar work, mostly inspired by the alchemical writings of Hermes Trismegistus. If you dive deep into our Ambrosian music, you may find keys to different levels of consciousness.”
………Lupus Canis (vocalist)